This content is taken from the University of Groningen's online course, Decision Making in a Complex and Uncertain World. Join the course to learn more.
View course
1.9 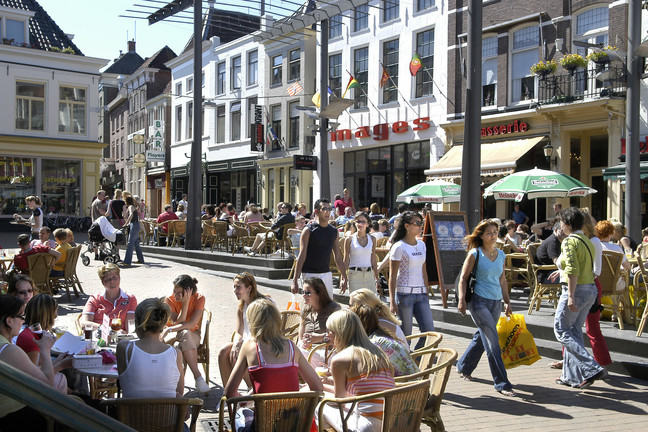 Social systems are systems in which the elements are human beings or organisations/institutions consisting of human beings, like firms, governments, non profit organisations, etc. A social system is complex if the amount of data/information that is needed to fully describe the system is so dispersed that it cannot at any moment be collected at one central point.

Our definition of social complexity comes from Friedrich Hayek (1967). This is not well known in the modern complexity literature, in the 1930s Hayek already grappled with complexity without explicitly mentioning this term. The 1930s was a period marked by the Great Depression with high unemployment and great misery. Capitalism was blamed. As a response communism was proposed as an alternative by quite a number of people. In the context of depression a centrally planned economy was seen as superior to a decentralised capitalist, market-economy which had performed so poorly. Hayek was forcefully opposing this view.

He argued that a decentralised market economy is superior to a centrally planned economy. In a market economy usage is made of all the widely dispersed information and knowledge in society (Hayek 1937, 1945). This concerns the so-called information of time and place and also so-called tacit knowledge. That is, knowledge that individuals have that cannot be communicated. It is for example personal knowledge about how to do things or how to perform a certain skill. The situations of time and place also change continuously.

A market economy has a high adaptive capacity to the continuous change in detailed circumstances by leaving it to those exposed to these circumstances to adapt. From this perspective, a centrally planned economy is inferior because by definition it cannot make use of all the widely dispersed information and knowledge in the economy. A market economy is a complex adaptive system. This was finally made explicit by Hayek in the article “The Theory of Complex Phenomena” (Hayek 1967).

Our analysis of social complex systems is very much inspired by the work of Hayek. Interaction in social complex system involves exchanging information and continuous adaptation to new information and knowledge. Rules, norms, conventions, ethics and the legal system create a framework in which human beings can act. This framework itself has emerged from the interaction between human beings and continues to evolve. The government is an institution that results from this interaction. Social complex systems show evolutionary dynamics. They are constantly in a flux, without having objectives of their own and without any knowable endpoint or equilibrium.

As explained before, social complex systems evolve without knowable endpoint or equilibrium. They are open-ended. This follows from the human condition that the future is fundamentally uncertain. The next activity in this course will explain this in more detail. Here it suffices to say that human beings cannot know what they will discover in the future. And that those discoveries will lead to change, innovation and adaptation.

2 The role of social complexity science