This content is taken from the University of Groningen's online course, Decision Making in a Complex and Uncertain World. Join the course to learn more.
View course
7.20 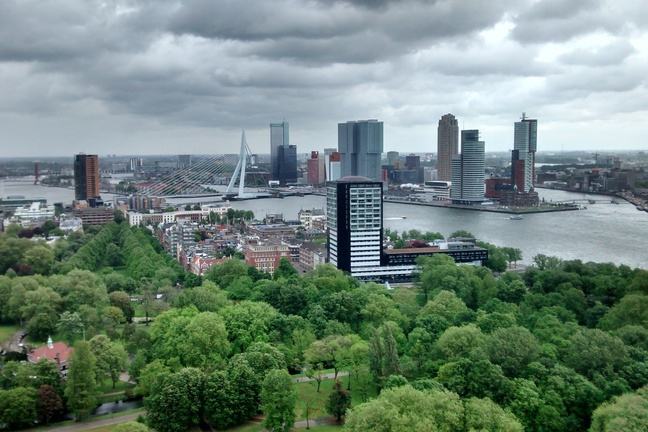 In this article we are exploring complex adaptive systems as a means of understanding non-linear change.

To do so we aim to uncover criteria which characterise a system throughout its life-span, while going through the various transitions and moments of co-evolution. In particular, these criteria could provide complex adaptive systems with a ‘sustainable’ identity which strongly reflects their specific evolving and self-organising qualities. If we were able to find such an identity, we could push the idea of complex adaptive systems beyond the metaphor, allowing it to become as ‘real’ as any other system we use to represent reality. It would give complex adaptive systems a point of reference or markers to adhere to, in order to define them, but also to enable their discussion. Moreover, it would bring a critical assessment of the complex adaptive system within reach.

To arrive at such criteria, these should make reference to a few very fundamental characteristics of the complex adaptive system mentioned earlier in this contribution. The duality of uniformity and diversity is fundamental to representing complex adaptive systems’ state in an out-of-equilibrium situation. Uniformity expresses the environmental or contextual ‘order’ to which a system connects and diversity refers to ‘chaos’, being the other extreme to which the system contextually relates. The system could progress towards an environment of ‘uniformity’ in order to find stable ground. However, the system also needs ‘diversity’, as this opens up possibilities during times of change. Both represent extremes within which the system is able to survive.

Another fundamental characteristic addresses the potential of a complex adaptive system to maintain the structure-function relationship (surviving, not disintegrating) while having the flexibility to adapt (through which structure and function co-evolve). This is due to another and co-existing duality, which is internally oriented. This is the existence of a robust and dynamic relationship. A complex adaptive system has a certain robustness which grounds dynamic behaviour, which could then become a driver for innovation, development and progress, the moment there is a positive fit with its environmental context, as it fluctuates between order and chaos. These dualities represent contrasts that generate what we call ‘complexity’.

Without any robustness, a dynamic or flexible attitude to contextual possibilities will have only a small chance for success. System robustness structures the dynamics the system requires to be adaptive to change. The result of this reasoning is complex adaptive systems having four connectors (see Figure 1; de Roo, 2012): connector one (C1) links internal dynamics to contextual uniformity; connector two (C2) links internal robustness to contextual uniformity; connector three (C3) relates internal dynamics to contextual diversity; and connector four (C4) is about internal robustness being linked to external diversity. Obviously, the idea is that a system which is internally and externally fit is a system with all four connectors being responsive to each other in progressing towards a balanced input of impulses and energy.

The connectors represent the internal match of various subsystems and their potential to act as a joint force, while oscillating to maintain internal coherence and to respond to external forces, and to adapt outwardly and to self-organise inwardly. Each connector represents a ‘gravity’ force or ‘attractor’ (Lorentz, 1996), which balances with the other three connectors, absorbing, oscillating and responding (see Figure 2). 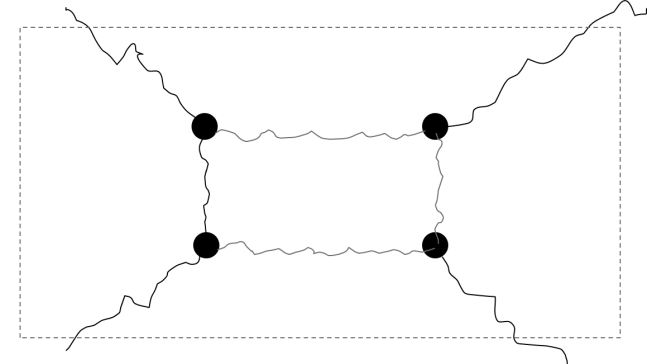 How does such a proposal of non-linearity relate to spatial planning? The challenge is to elaborate on this model with proposals that frame a variety of situations as instances of complex adaptive systems within the realm of spatial planning. If the results are convincing and fit with an aspect of theoretical discourse, then we can agree on a structural means to identify how the various situations we consider as being planning issues are instances of such systems. This means of identifying systems will no longer focus primarily on content and process, preferring to consider the conditions under which the system performs as its prime focus. Moreover, within planning we can now acknowledge the beginning and ending of systems over time, their rise and fall, and the processes of their emergence and co-evolution. Overall, we would have an instrument which gives meaning to complex adaptive behaviour for issues relevant to planning, and we would have a tool from which we could develop a kind of planning with arguments at hand, to intervene adaptively to a world in discontinuous change.

An example to consider is regional development. Regional development relates strongly to spatial change and economic advantages (Atzema et al., 2012). In the context of development and progress, the need to be competitive is a given. When relating development to our proposal for a complex adaptive system and its four connectors, it becomes instantly clear that there is more to it than ‘just’ being competitive. In that respect, competitiveness is one of the four essential conditions of a system to adapt to change. Competitiveness would be the one particular element that specifically relates to internal dynamics and contextual diversity: this would be connector C3 in Figure 1. There has to be a second element that relates to internal dynamics. In contrast with ‘competitiveness’, this element also has to relate to contextual uniformity: this would be connector C1 in Figure 1. Instead of ‘competitiveness’, the idea which could represent internal dynamics and contextual uniformity in spatial-economic development is ‘complementarity’ (Hartman et al., 2011; de Roo, 2012). One of the messages we can deduce from this complex adaptive understanding of spatial economic regions is that a competing region will also have to identify its complementary qualities to cooperate with other regions. In other words: it is not just competitiveness that makes a system (a region) adaptive; being complementary as well enables the system (the region) to develop.

The complex adaptive model also informs us when a region is unable to compete and cooperate properly, by showing no robustness in terms of cohesion and compatibility (C2 and C4 in Figure 1). Both conditions for regional development – competitiveness and complementarity – cannot be without some kind of cohesion and compatibility. Cohesion is understood as a quality of the developing region representing a more or less complete and properly related set of activities which permit the region to function properly. Compatibility indicates a situation which is diverse enough to cope with a loss of activities within the region without the region having to collapse, as other activities or functions are able to fill in the gap. We consider competitiveness, complementarity, cohesion and compatibility to be conditional to regional development (see Figure 3).

This example of regional development is strongly externally oriented. Where a region is said to be ready for change, this means enabling the region to be prepared to relate to macro trends by having a diverse set of potentially strong innovations ready or ongoing. A more internally-oriented example is a neighbourhood which wishes to self-organise to improve by investing in its social capital. Strong social capital is conditional for enabling a neighbourhood to maintain or improve its spatial and social quality, to be able to invest and to renovate, and to be an attractive place to live in.