Starting up the Operating System

Starting up the operating system

In this step, we are going to look at some factors that affect the speed and performance of the operating system, particularly during start up.

Inside the CPU there is a “clock” that ticks back and forth from high voltage to low voltage in a very precise time. At its very basic level, a CPU is dealing with binary instructions and data. Most CPUs work on 64 bits at a time. It is important that all 64 bits are processed at exactly the same time. This is why the CPU has a clock, it keeps everything in sync.

Every time the clock “ticks” or pulses, an instruction can be carried out. Though some instructions can take multiple pulses to complete.

Clock speed is measured in Hertz, a unit of frequency, representing how many times the clock pulses per second. Computer speed is described in Gigahertz (GHz). There are one billion (1,000,000,000) Hertz in a Gigahertz.

A typical clock speed on a PC runs from 1GHz to about 3.8GHz.

My computer’s clock speed is 1.6Ghz. So in theory my CPU can carry out one point six billion instructions per second. That’s one instruction after the other. The CPU does not carry out multiple instructions at the same time. 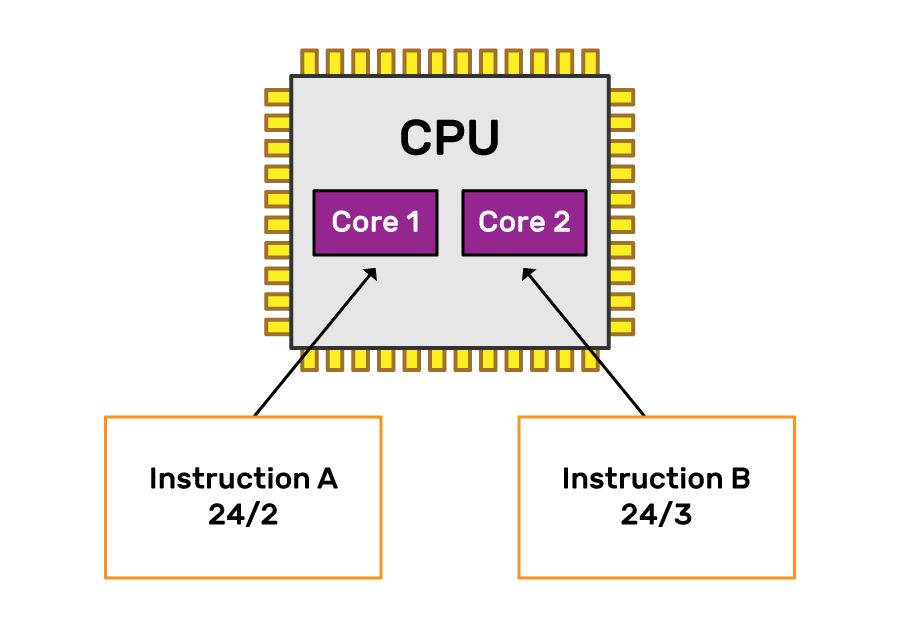 However, the Fibonacci sequence has to be run in order. In the Fibonacci series, each number is the sum of the two preceding ones. So you need the two previous answers to calculate the next result. You can’t run them in parallel. In the example below, you cannot work out F3 until you have F2. So you can’t send Instruction B to one core at the same time as Instruction A. 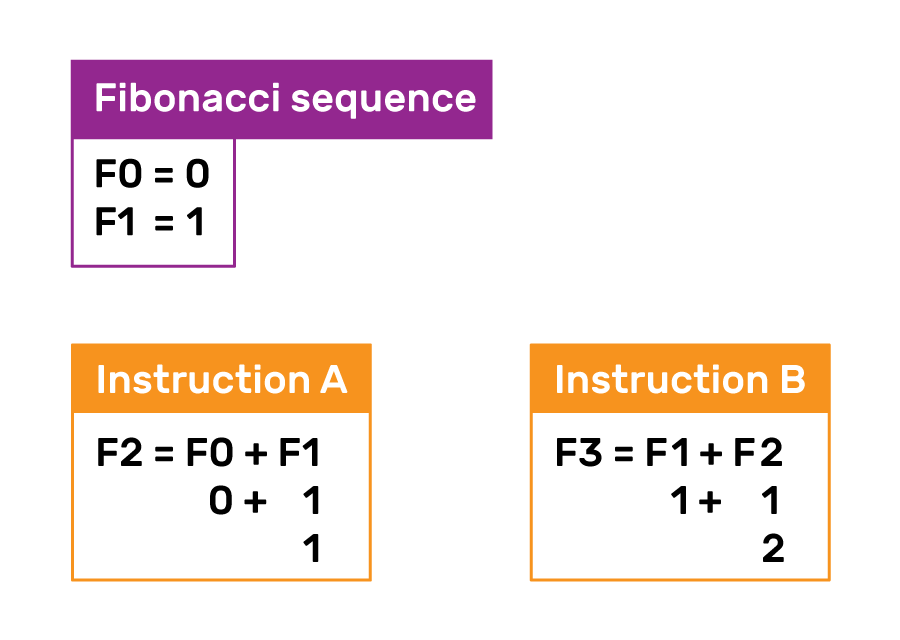 The more cores you have, the faster your CPU will perform certain actions. This includes the startup sequence.

Hard Drives store data on spinning disks, and reads/writes data on to them using an arm with a magnetic head.

Solid State Drives are faster than Hard Drives and will start up a machine quicker. This is because they have no moving parts. There is no delay in waiting for records to spin and for the needles to move.

We’ll look at these devices in more detail next week.

The Operating System runs in RAM. The speed of the RAM itself is how fast it transfers data. It is measured in Megahertz. How fast the RAM works greatly depends on its cache and its size, not just its own speed.

A cache is a piece of memory that stores data locally to speed up data retrieval. Web browsers use cache to store data from a web page that doesn’t change often.

E.g. Your computer doesn’t retrieve the logo and background from twitter each time you visit the website. Your browser stores these locally and displays them when you load the twitter page. 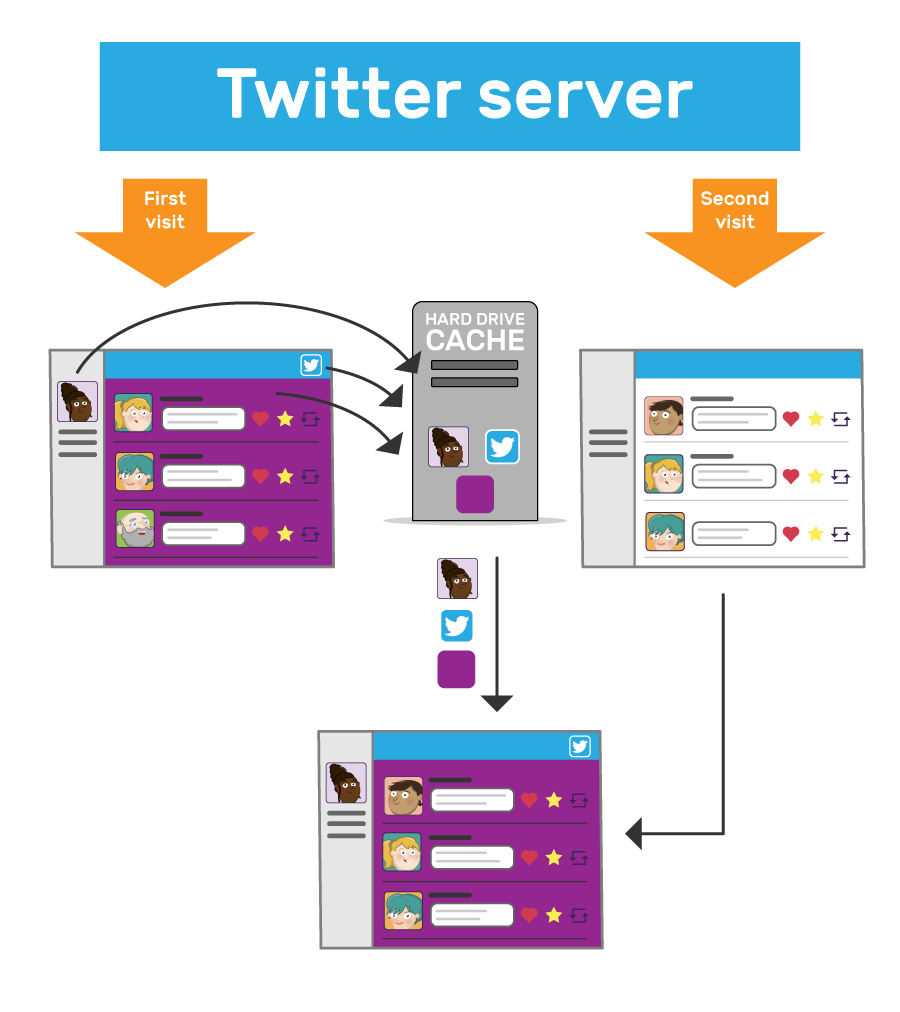 A disk cache is a dedicated block of memory in RAM that bridges storage and CPU.

When the Operating System reads a file from the Hard Drive, the cache takes a larger block of data than is required. If the operating system needs more data, it will check the cache in the RAM first to see if it’s already available. This saves reading from the slow hard drive again.

The RAM has its own cache, commonly called L1 and L2. These are physically located on the CPU and are even faster than normal RAM.

Other minor factors affecting your computer’s performance on startup include…

Post your findings in the comments section. How does your computer compare to the other learners? How does it compare to mine?