This content is taken from the University of Birmingham's online course, Cooperation in the Contemporary World: Unlocking International Politics. Join the course to learn more.
View course 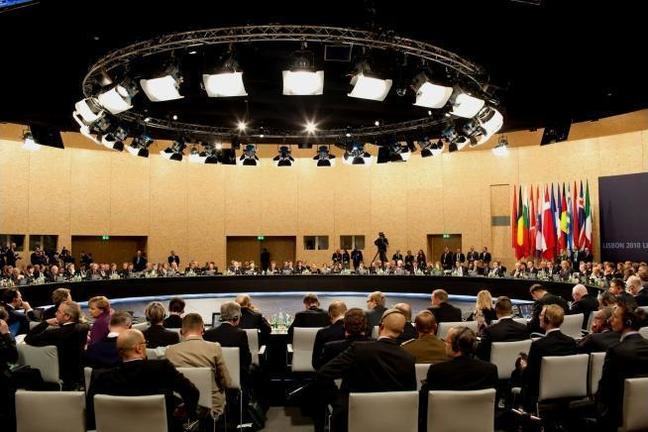 World leaders participate in the North Atlantic Council opening session on the first day of the Summit in Lisbon, Portugal, Nov. 19, 2010.

Introduction to cooperation between partners

Why do partners cooperate? Why do partnerships form and how do they cope at times of crisis? This week we will learn about the opportunities and challenges for lasting and meaningful forms of cooperation between partners.

We start the course by looking at cooperation where we would most expect to find it; namely, between partners. This will be done through an exploration of two of the most far-reaching and enduring forms of cooperation in the history of international politics: NATO and the European Union.

These cooperative arrangements begin from a beneficial starting point in that those engaging in such efforts often either approach an issue from a reasonably similar perspective or have a shared interest in finding a cooperative resolution to a particular challenge. In these instances, there are a number of readily identifiable ‘drivers of cooperation’ that make cooperation the most likely outcome of particular interactions. These drivers may derive from shared historical experiences or cultural identities, similar political systems, shared strategic outlooks or economic interdependency.

Ostensibly, NATO was formed and developed in its first forty years as an instrument to balance the power of the Soviet Union. NATO, however, has not only continued to develop in the absence of its erstwhile adversary, it has expanded both in terms of its membership and also the scope of its operations. An alliance forged in response to the geopolitical pressures of the Cold War has recently found itself involved in missions as varied as humanitarian intervention and post-conflict reconstruction, in countries as diverse as Libya and Afghanistan. Led by Professor Mark Webber, this case study puzzle will seek to explain not only NATO’s survival beyond the Cold War but also the willingness of the alliance to take on a range of new and challenging tasks.

The European Union consists of 28 member states with a combined population of a little over a half billion people. It has grown from the original six members of France, Germany, Italy and Benelux States of Belgium, the Netherlands and Luxembourg in the early 1950s to a political community stretching from the Arctic Circle to the Mediterranean Sea and from the Atlantic Ocean to the Black Sea and the borders of Eurasia. The European Union represents a unique example of international cooperation in terms of the depth of political integration that has taken place. Led by Dr Graham Timmins, this case study puzzle will seek to explain how we can understand the existence of the European Union and its success in coordinating and shaping the internal and external policies of its member states.