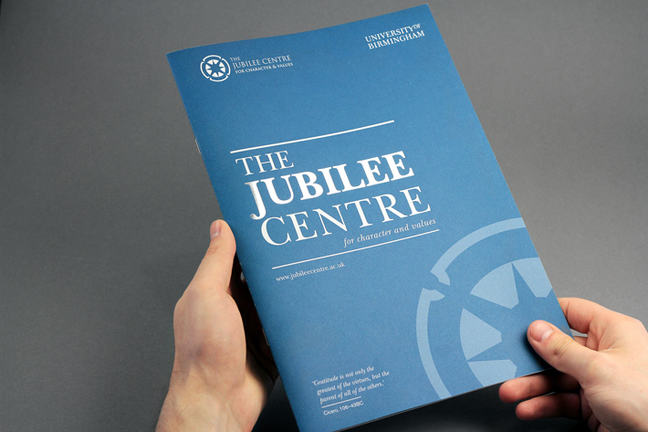 The Work of the Jubilee Centre

The Jubilee Centre is a part of the University of Birmingham. In 2014, the Centre produced a Research Report titled, ‘Virtuous Character for the Practice of Law’. The report draws its findings from a UK-focused survey of 966 practising lawyers and aspiring lawyers at varying stages of their careers. It is one of the largest pieces of research carried out in Britain focusing on issues of character and virtue within a specific industry sector.

The Report comes to various conclusions, including these two:

As one part of the research, lawyers and students were given a series of hypothetical scenarios and asked what they would do. This was one of them:

“You work in a law firm and the partner supervising you gives you some files to get ready for ‘costing’. She asks you to total the number of hours you have spent on each file. She asks you to ‘round up’ your hours to the next hundred in each file, saying that, on average, clients are happy because the main thing they demand is quality work. You know that these clients are more or less satisfied with the firm and are unlikely to query the bills. You are uncomfortable with rounding up the hours billed to the clients and, feeling that your supervisor is not about to debate the issue with you, share your concerns with another Partner. He gives you a clear indication that he does not want to be troubled with this matter, but says ‘if you feel strongly about this, put your concerns in writing to me’.

Those who completed the survey for the Jubilee Centre were given two options to chose from in relation to the above example. They were:

Which of these two options would you choose? And why?

Commenting on these results, the Jubilee Centre said:

“This scenario emphasises the possible influence of organisational context with an instruction to round-up billing time to the nearest 100 hours, arguably a fraudulent charge on a client. The dilemma is resonant of the commercial pressures mentioned by some respondents in the interviews. The percentage of respondents prepared to ‘round-up’ declines with career stages, possibly reflecting greater awareness of its significance, yet 16.3% of solicitors chose the rounding-up option.”

This scenario is interesting as it may show the willingness of some lawyers (and law students) to act unethically (and to commit a criminal fraud) because of real and perceived pressures from their employers. In the next week of the course, when we look at corporate lawyers, we will look at these organizational pressures in more depth.

If you would like to read the full Report by the Jubilee Centre, you can access it here.