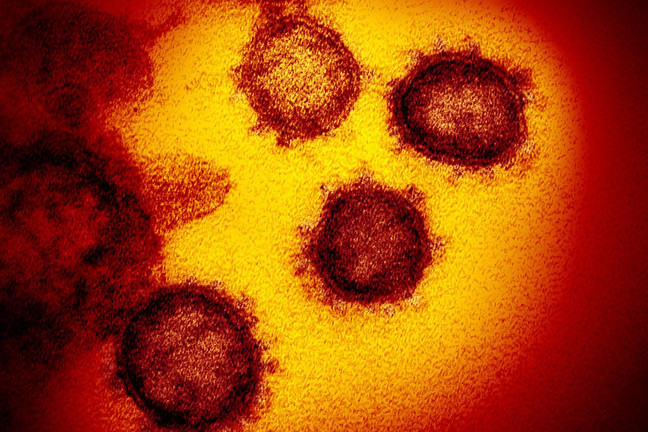 What are the key points in the outbreak to date?

In this article, Dr Anna Seale and Dr Maryirene Ibeto, research coordinator for the UK Public Health Rapid Support Team, provide a timeline of key points in the emergence of COVID-19 and the international spread of the virus. As you read it consider other key time points you would include?

The first step in an outbreak is identifying it. To determine that a cluster of cases is an outbreak, they need to be linked in time and place.

31 December 2019 China alerted the World Health Organization (WHO) China Country Office of a cluster of cases of pneumonia of unknown etiology (unknown cause) detected in Wuhan City, Hubei Province, China. (1)

Case definitions determine who may be, and who is, part of an outbreak. “Pneumonia of unknown aetiology,” is a definition used in surveillance which includes standardised, specific criteria, established following the Severe Acute Respiratory Syndrome (SARS) outbreak in 2002-2003. (2)

Common exposures in those meeting the case definition can then be investigated to identify a source and early interventions can be introduced to reduce the spread from this source.

1 January 2020 Huanan Seafood Wholesale Market in Wuhan city closed for environmental sanitation and disinfection as it was associated with many early cases of the pneumonia of unknown aetiology outbreak.

Outbreak response requires coordination at all levels. The Central Committee of the Communist Party of China and the State Council launched a national emergency response. Internationally, on 2nd January 2020, the incident management system (IMS) of the WHO was activated. More on the role of the WHO from Dr Socé Fall in Week 2.

From 31st December to 3rd January there were 44 people identified with pneumonia of unknown aetiology in Wuhan, China. Identifying the causal agent was essential. Initial investigations found that the outbreak was not due to seasonal influenza, Severe Acute Respiratory Syndrome (SARS) or Middle Eastern Respiratory Syndrome (MERS). Deep sequencing to detect genetic material is the most powerful tool we have to identify organisms, and this was used to identify this novel coronavirus. More on this from Prof Hibberd later in Week 1.

7 January 2020 The Chinese authorities identified a novel type of coronavirus (subsequently named SARS CoV-2) as a cause of the pneumonia outbreak.

Whole genome sequence data of the causal agent can be used to develop other, simpler, diagnostic tests. Making these data available quickly was important in developing kits for testing suspected cases.

In this early phase, protocols for diagnosis and treatment, surveillance, epidemiological investigation, management of close contacts and diagnostic testing were being developed. 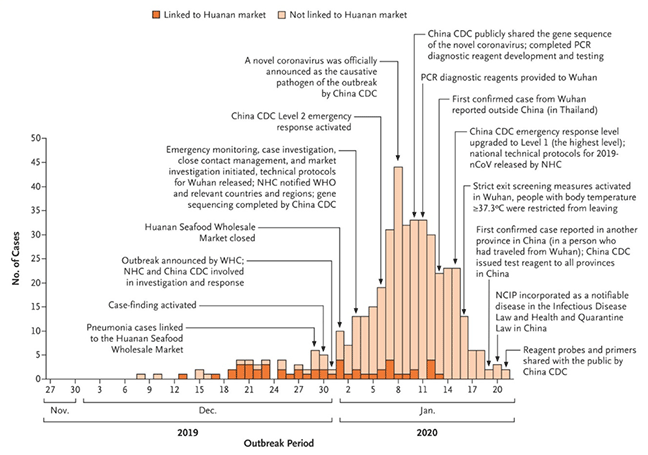 Other countries were also searching for cases, and then determining whether the case arose from transmission within the country, or if it had been imported. Appropriate public health interventions could then be taken.

13 January 2020 Thailand reported the first confirmed case of the novel coronavirus outside China. This was confirmed as an imported case from Wuhan, China. (1)

20 January 2020 The first case in North America was reported and in Washington State, USA, and was confirmed as an imported case. (4,5)

The US responded by activating the Emergency Operations Centre of the Centres for Disease Control and Prevention (CDC). (4)

As the outbreak progressed in China, the main strategy was to reduce the intensity of the epidemic and to slow down the increase in cases. China put in place legal measures to support control.

Temperature checks, health care declarations, and quarantine against COVID-19 were instituted at transportation depots in accordance with the law in China. Nationally, wildlife markets were closed and wildlife captive-breeding facilities were cordoned off.

The outbreak also continued to be monitored closely internationally.

22 and 23 January The WHO Director-General convened an Emergency Committee under International Health Regulations (2005) on whether to declare the outbreak of novel coronavirus a Public Health Emergency of International Concern (PHEIC). At that time, the advice was that the event did not constitute a PHEIC, but the Committee members agreed on the urgency of the situation and suggested that the Committee should be reconvened in a matter of days to examine the situation further. (6)

Reports of first cases in other continents soon followed.

25 January 2020 The first cases in Australasia were reported in Melbourne. (1)

Interventions in China continued, with updating of protocols for diagnosis, treatment and epidemic prevention and control; case isolation and treatment were strengthened. On 23rd January strict traffic restrictions were put in place. Other measures included cancelling mass gatherings. More details on the response in China in Week 2.

30 January 2020 The WHO Director-General declared the 2019 nCoV (former name of COVID-19) outbreak a Public Health Emergency of International Concern under International Health Regulations (2005). (7)

Prof Heymann will discuss the process for declaring a Public Health Emergency of International Concern later in Week 1.

To provide preparedness and response guidance particularly for nations with weaker health systems, the WHO released the first draft of the 2019 Novel Coronavirus Strategic Preparedness and Response Plan on 3rd February.

The focus on containing the outbreak continued on the advice of the WHO Scientific and Technical Advisory Group for Infectious Hazards (STAG-IH), working with the WHO secretariat, after review of the information available on 7th February. (8)

Over 11th and 12th February 2020, WHO convened a Research and Innovation Forum on COVID-19, attended by more than 400 experts and funders from around the world. This meeting encouraged the development of numerous collaborations on research to help contain the COVID-19 outbreak. More on research on COVID-19 in Week 3.

In the meantime surveillance continued worldwide and the number of countries with cases continued to increase.

The Africa Taskforce for Coronavirus Preparedness and Response (AFTCOR) – a partnership of the African Union Commission, Africa Centres for Disease Control and Prevention (Africa CDC), and the WHO Regional Office for Africa (AFRO), African governments and other stakeholders - was formed to coordinate a continent wide response to COVID-19 in Africa. More on coordination of response in Africa from Dr John Nkengasong in Week 2.

27 February 2020 WHO updated the case definitions for COVID-19 for suspected, probable or confirmed cases. (10)

Surveillance continued worldwide, and the first case in sub-Saharan Africa was reported.

Internationally, the number of cases reported, and the countries with cases, continued to increase with Iran and Italy particularly affected.

In attempts to slow the spread of the pandemic, governments worldwide rapidly introduced containment measures similar to those introduced in China in January 2020 – strict travel restrictions, school closures and cancelling of mass gatherings. The wider impacts of these measures were quickly noticed on stock markets worldwide.

More on the wider societal and economic impacts of the outbreak from Prof Martin McKee in Week 3.

Over the months of March and April, large outbreaks driven by transmission within countries followed in Europe and the US as numbers of new cases in China declined. 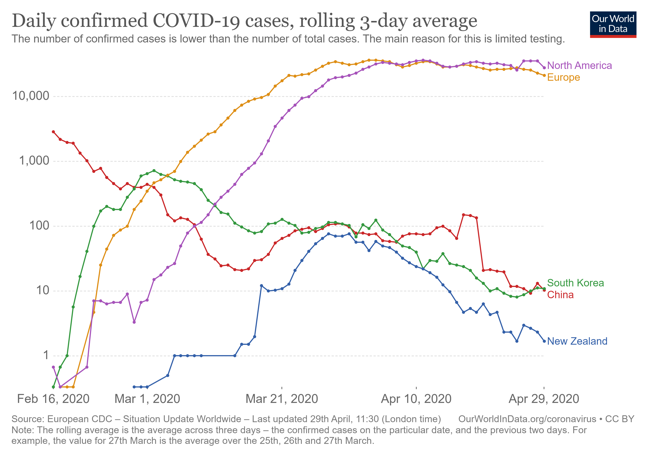 Figure 2. Confirmed COVID-19 cases in North America, Europe in comparison to China, South Korea and New Zealand from late February to end April 2020 from ourworldindata.org. See here for an up to date version of this chart

13th March 2020 Europe became the epicentre of the outbreak, with more reported cases and deaths than the rest of the world combined, apart from China.

In late March, China began to lift the strict containment measures that were introduced in Wuhan in January. Makeshift hospitals in Wuhan and other provinces, built in response to the epidemic, were closed as new case numbers continued to decline.

In March and April 2020, outside of East and Southeast Asia, the number of COVID-19 related deaths continued to rise. 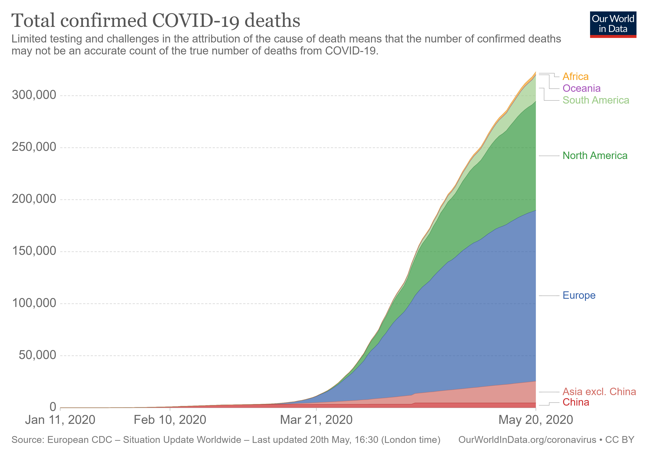 Figure 3. Confirmed COVID-19 deaths worldwide by continent from ourworldindata.org. See here for an up to date data version of this chart

From mid-April, increasing numbers of countries (including, the US, New Zealand, Germany, South Africa and Ghana) unveiled plans to lift or adapt some restrictions in order to allow resumption of economic and social activity. More on the policy consideration and options for reducing interventions from Dr Anna Seale and Prof Judith Glynn in Week 3.

WHO and global leaders continue to advise caution on the approaches to lifting restrictions due to the risks of a ‘second wave’. (14)

Resources for up to date case numbers for COVID-19 worldwide can be found in the See Also section of this step. The COVID-19 tracker includes comparisons of COVID-19 to other recent outbreaks.