This content is taken from the The University of Sheffield's online course, Crime, Justice and Society. Join the course to learn more.
View course
4.9 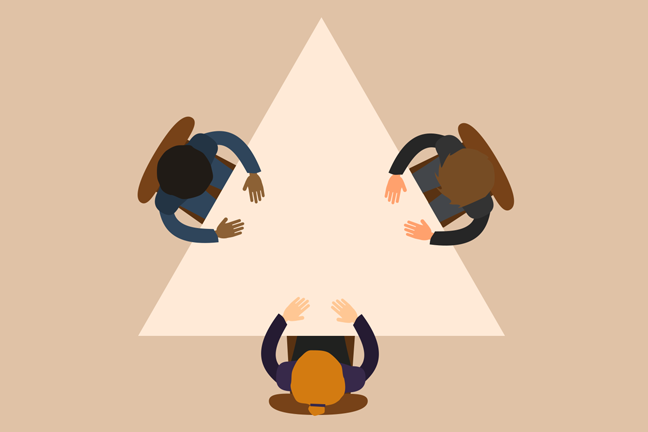 What are the effects for victim, offender and community?

Restorative justice emerged as part of a search for a better way to respond to crime. In this article, we’ll explore the research to find out whether RJ can achieve this ambitious aim. How do victims respond to restorative justice? What is the impact on offenders and on reoffending? And how can the community benefit from restorative practices?

How do victims respond to restorative justice?

Research indicates that the restorative approach has the potential to successfully respond to various victim needs.

For instance, participation in complementary restorative interventions has been found to be therapeutic for victims, particularly for victims of violent crime. Compared to victims whose case was only dealt with in the conventional judicial system, victims who also got to experience RJ reported significantly lower levels of anger and fear. Victim-participants have further credited restorative interventions for allowing them to move on from victimisation and for promoting empowerment.

Victims are also more likely to receive compensation for material damages, symbolic reparation and an apology than in a conventional court. This is important as it provides recognition and acknowledgment of the harm victims experienced.

It is, therefore, not entirely surprising that studies generally report high levels of victim satisfaction with RJ. Restorative interventions are often found to be more satisfying than traditional criminal justice proceedings and victim-participants would recommend them to other victims.

In a study conducted with victims of violent crime, educator Tinneke Van Camp found that they particularly appreciated the chance they had to express their emotions and concerns, tell their story and ask the offender questions. They found this liberating. Moreover, the fact that participation is voluntary is in itself empowering and a reason for satisfaction. Victims in my study explained that they often felt excluded from the criminal justice system but in the restorative intervention they felt in control because of the opportunity to make choices about their involvement. They also valued the interaction with, and support from, the restorative facilitator in the preparatory phase and during the face-to-face meeting.

Although a minority of victims who agreed to participate in RJ have reported a negative emotional impact following participation, comparative and evaluative research findings suggest that RJ outperforms traditional criminal justice proceedings in meeting victims’ needs.

What is the impact on offenders and on reoffending?

Different studies have demonstrated that offenders generally tend to comply (fully or partially) with the outcome agreement that resulted from VOM or conferencing and that offender satisfaction is high.

In a study conducted by Week 3 educator Joanna Shapland and colleagues (including Week 6 educators Gwen Robinson and Angela Sorsby in 2011, offender-participants reported that they were satisfied with the outcome. They also agreed that RJ was a good way to deal with offending and would recommend it to others. They said that the confrontation and dialogue with their victim allowed a better understanding of the consequences of victimisation and encouraged them to address the problems related to their offending. There is, however, the potential of feeling overwhelmed and overpowered at the conference itself, especially among young offenders. Daly (2003) highlights that young offenders might not find it easy to engage and navigate the RJ approach and feel powerless when confronted with their victim, the victim’s supporters, and community volunteers.

Of course, policy-makers, who allocate funding to criminal justice reform, are most interested in the effectiveness of RJ in preventing reoffending, particularly in an age of austerity. It is always difficult to measure reoffending, and within the limits of such measures, findings remain tentative but encouraging.

Joanna Shapland and her colleagues (2011) studied restorative conferencing programmes that involved adult offenders who had committed relatively serious offences in England and Wales and found a significant decrease in the frequency of reconviction following participation in conferencing. They also report no significant results pointing towards any criminogenic effects, meaning that RJ does not make offenders worse.

Sherman and Strang (2007) clarify that RJ substantially reduces reoffending for some types of offences, but not for all. They conclude that RJ works best for more serious crime (particularly those involving interpersonal violence) and is unlikely to cause more reoffending than conventional criminal justice proceedings.

At this point, it is important to note that desistance from crime (the process through which people cease and refrain from offending) is a process, not a moment. Shapland and her colleagues point to the possibility of RJ consolidating an ongoing move towards desistance. Given that participation in RJ is voluntary and requires acknowledgment of the basic facts related to the offence, it is likely that offenders who agree to participate in RJ are already on the course towards desistance.

How can the community benefit from restorative practices?

RJ typically stresses the need for the involvement of the community in the response to crime. The underlying idea is that through community involvement in a restorative intervention the offender and victim might feel better supported and assured of access to resources for their reintegration.

Through involvement, the community also gains insight into the causes of crime emerging within their own community and possibly how to counteract them. Dzur and Olson (2004) further argue that mobilisation of the community is sensible since informal community responses and control are more efficient than punishment. As such, RJ aims to contribute to community building and strengthening the community’s problem-solving capacity.

Unfortunately, there is little research on what communities want from RJ and how they benefit from it and there is insufficient empirical data on whether communities indeed feel more involved and better equipped to deal with crime through RJ. Also, it is not always clear what community a victim and offender identify with and feel supported by. In these cases, a community of support for the victim and offender must first be revived for community involvement to come about.