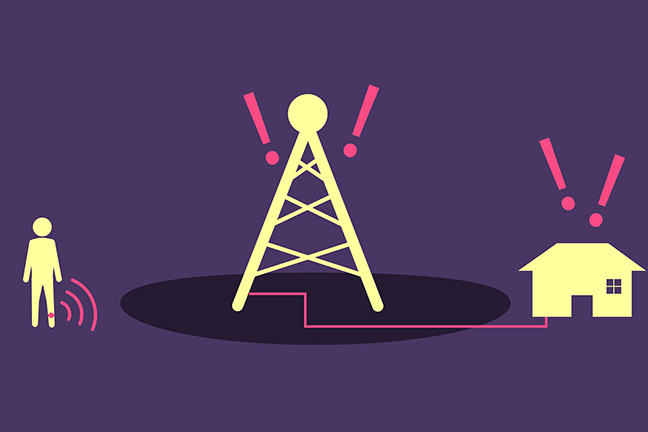 What is electronic monitoring?

Electronic Monitoring has proven to be a controversial but increasingly entrenched tool of criminal justice in many jurisdictions around the world. But what is it, and why has it proven so popular?

In fact, many features of modern life may be considered ‘electronic monitoring’ in a broader sense. Citizens of the Western World are all subject to it every day, to at least some extent, in the form of CCTV and other forms of electronic surveillance. On the internet, increasing attention is paid to how governments monitor our online lives: our email, our internet search histories, and our social media presence.

However, when criminologists talk about electronic monitoring (‘EM’ for short), we usually refer to surveillance technology directed at a suspect or offender in order to oversee their movements outside of a prison environment. Depending upon the jurisdiction, this technology may be available:

The limits of EM as a tool of criminal justice are as much technological as anything else, and two major forms of EM have emerged over the years. Both involve placing an anklet device (often colloquially referred to as a ‘tag’) on one of the subject’s legs. However, there are two main ways in which this device can then be used to monitor their movements:

Radio Frequency (RF) requires a central receiver device to be installed at a particular location, usually the subject’s home. The receiver transmits a radio signal to the anklet, which will respond unless it is outside a certain radius. If the receiver does not receive the anklet’s signal, then it sends an electronic message to the monitoring station, and the loss of signal is investigated. 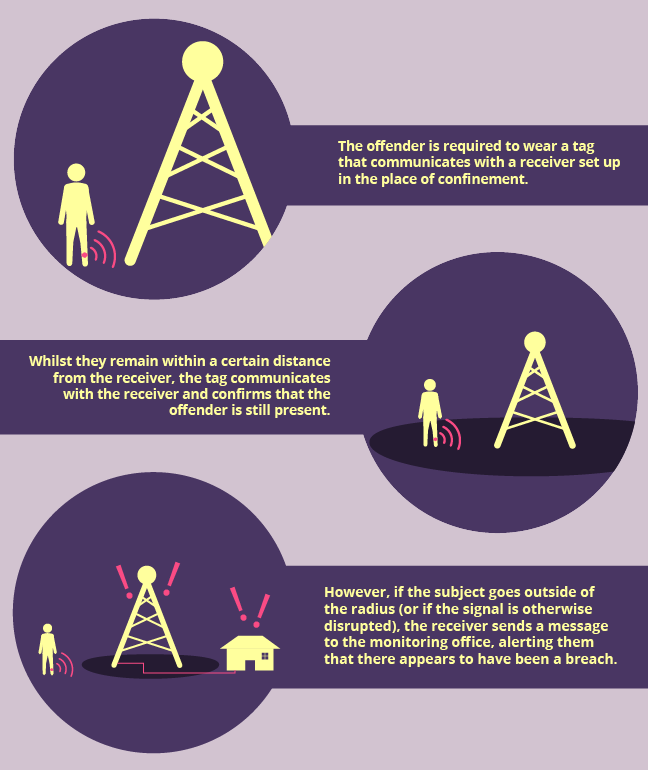 Global Positioning System (GPS) EM, on the other hand, provides real-time information about where the subject is, using exactly the same technology that allows ‘sat-nav’ devices in cars and smartphones to position their users on maps. The anklet, in this case, sends a signal to a satellite network, which triangulates its position to within ten metres and reports this back to the monitoring station. This is much more expensive, and due to the need for small but highly powerful technology within the anklet it has only recently become feasible. However, it is far more accurate and can help authorities to ‘keep tabs’ on subjects far more generally. 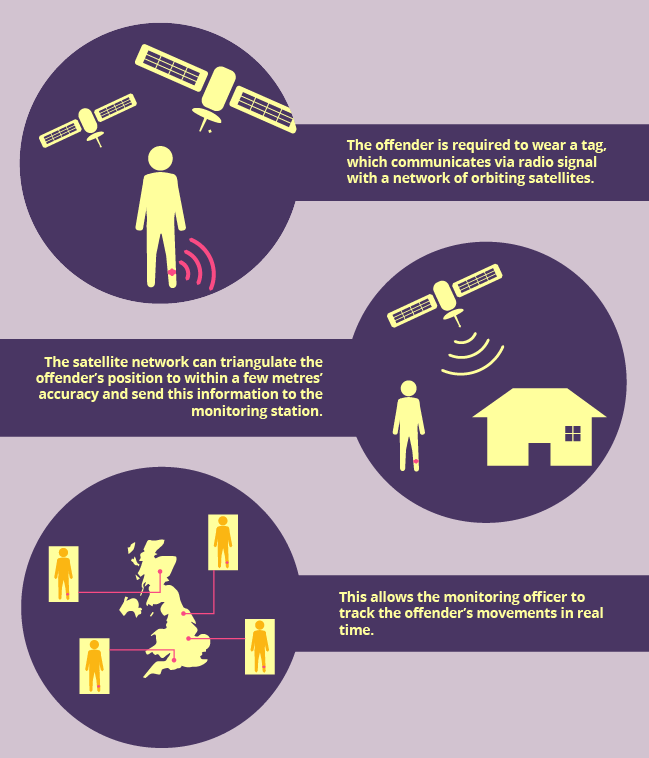 The purpose to which EM can be put to is, at least partly, determined by the available technology. GPS EM, for instance, allows for the surveillance of individuals regardless of whether or not they are to be restricted within a certain space, whereas RF EM can only really be used for that purpose. Given the lack of feasible GPS technology until relatively recently, EM has mostly been used to monitor the subject’s compliance with curfews and other requirements that limit their ability to move about freely.

EM has been used since the 1980s, and is now used in the criminal justice systems of over 30 countries, including: Andorra, Argentina, Austria, Australia, Belgium, Brazil, Bulgaria, Canada, Colombia, Denmark, England and Wales, Estonia, France, Germany, Luxembourg, The Netherlands, New Zealand, Norway, Poland, Portugal, Spain (including Catalonia), Scotland, South Korea, Sweden, Switzerland, and the USA. It originated in the USA, reputedly after a US judge saw a similar contraption in a 1977 Spiderman newspaper cartoon, although early prototypes predate that strip.

Regardless of what inspired its creation, it is clear that EM is a growing (and important) part of modern criminal justice around the globe. Internationally comparable statistics are unavailable, but what data is available suggest that EM is most widely used in English-speaking countries, especially England and Wales and the USA, although it is a significant presence in Belgium, France, and the Netherlands as well.