The criminal justice system: in court

There are three categories of criminal offence and this classification determines how a case is processed through the criminal justice system.

In this article, we’ll follow the trial process for each category of offence. 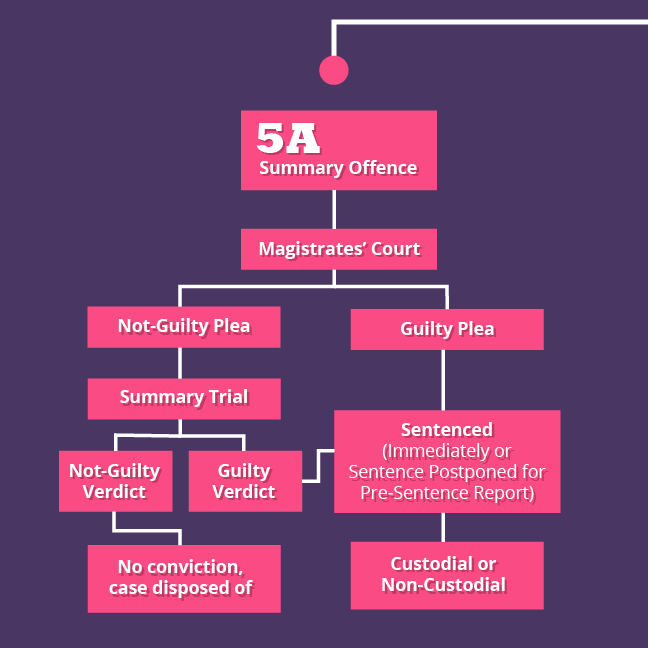 A summary offence is the least serious offence that a defendant can be tried for. Summary offences can only be tried in the Magistrates’ Court with a penalty appropriate for this type offence. For example, Common Assault is a summary-only offence with a maximum custodial penalty of six months.

Over 90% of all criminal offences are dealt with in the Magistrates’ Court. 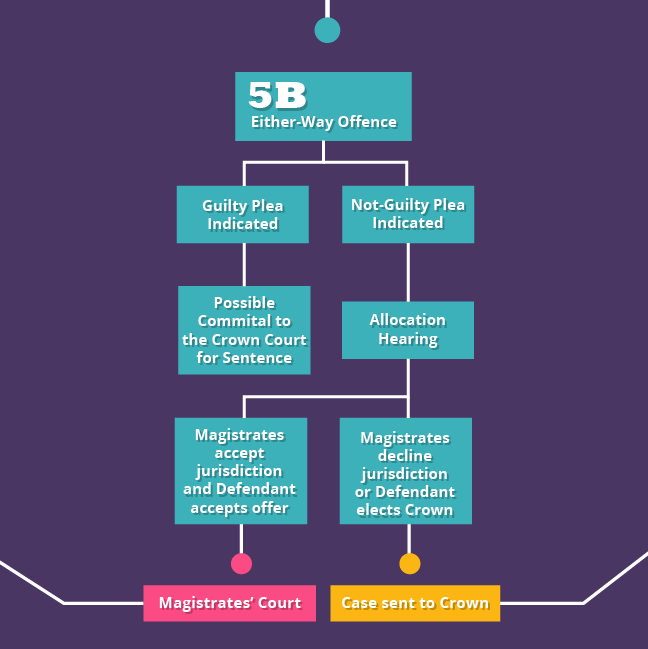 The first element of an either-way offence is known as the ‘Plea Before Venue’ where the procedure is explained to the Defendant and they will be asked to indicate a plea.

If the Court decide that the trial should take place in the Crown Court, then this is where the trial will take place. However, if they offer Magistrates’ Court as the venue, the Defendant has the right to choose whether to accept the offer and be tried in the Magistrates’, which will then follow the procedure for summary offences (5A), or decline the offer and be trialled in the Crown Court, which will follow the procedure for indictable-only offences (5C). 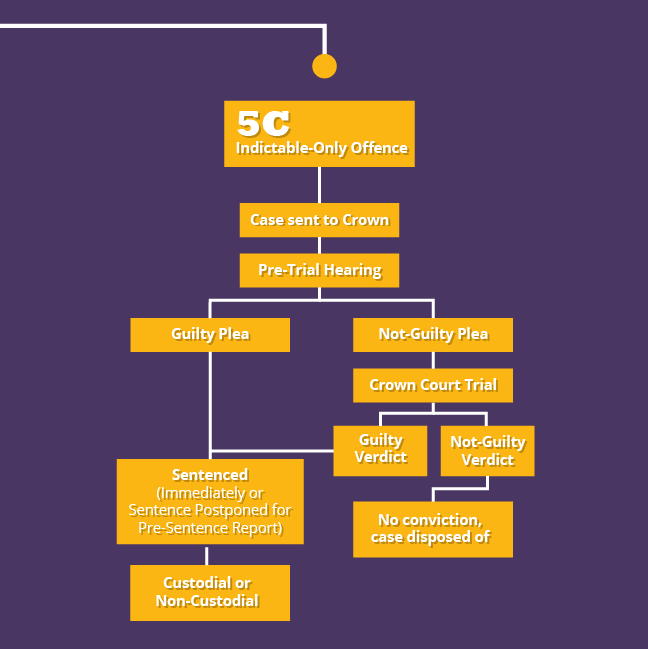 A trial in the Crown Court will follow a similar pattern to in the Magistrates Court, except that it will a be a Jury of twelve laymen who will decide the Defendant’s guilt or innocence. As above, should the verdict be not-guilty, the Defendant must be released unconditionally, however should the verdict be guilty, the Crown Court may impose either a custodial sentence or non-custodial sentence, or in many cases both.