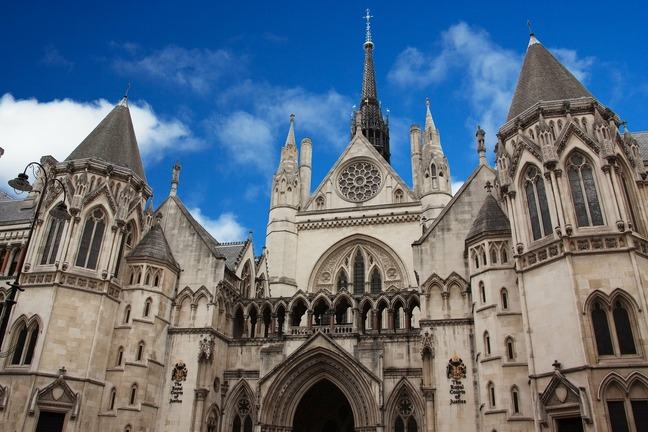 How do crimes move through the criminal justice system?

On the previous step, we learned how a crime goes from arrest to trial, but not all crimes that are recorded by the police will make it this far through the criminal justice process.

There is an ever-decreasing proportion of cases, as they move through the criminal justice system. For example, of those cases which are reported to the police, not all result in a prosecution. Similarly, not all prosecutions end in convictions. This dropping off of cases as they move through the various points in the criminal justice process is known as attrition. Therefore, the CJS can be viewed as like a funnel.

The image below illustrates this attrition and the funnel-like nature of the criminal justice process. A large number of cases go into the system at the top, based on crimes reported and then recorded by the police, but fewer and fewer cases make it to the end of the system i.e. with a conviction at court and some form of punishment. 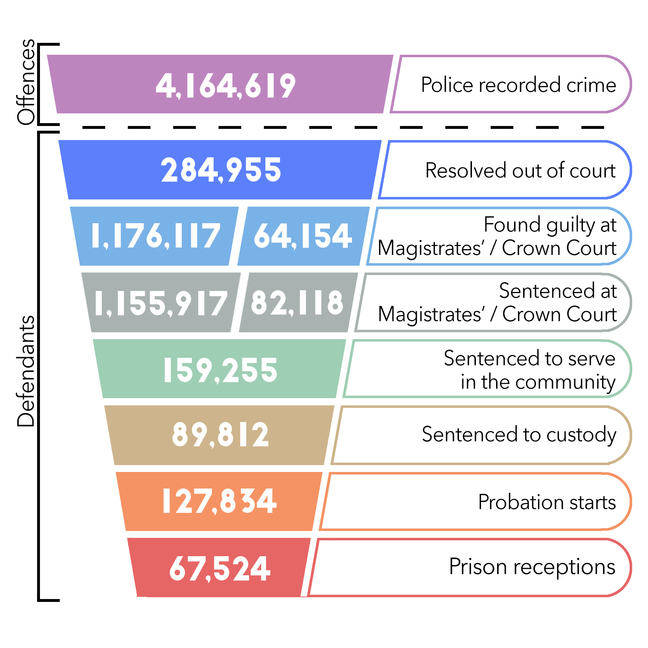 Flows through the criminal justice system in 2016

This diagram is based on a more detailed flowchart created by the Ministry of Justice. If you’d like to take a look at this flowchart, you can find it on page 6 of this report.

The attrition of cases happens for a variety of reasons. Some cases may lack the necessary evidence to proceed either to charge or conviction.

There may also be procedural irregularities, such as in the way that the police treated suspects, which may require certain evidence to be excluded at court and which may undermine a conviction.

In light of austerity and the cuts to the budgets of criminal justice institutions discussed earlier this week, criminal justice actors may lack the time and resources to investigate cases properly or to review the evidence thoroughly.

A key factor driving attrition, however, is the discretionary power of criminal justice actors. This is their “authorised capacity to make choices about different courses of action or inaction, which are structured by and structuring of the legal and administrative rules, as well as the wider cultural and social structures that surround their work” (Skinns, 2019).

Criminal justice actors have some degree of choice or leeway, within the parameters of the rules, to decide about which cases move to the next stage of the criminal justice process.