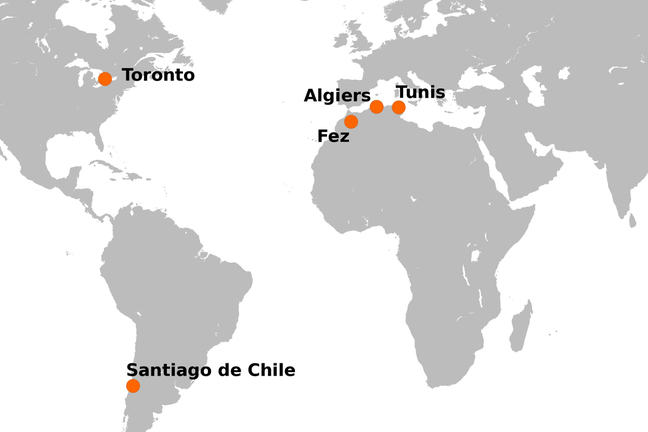 Managing cultural heritage from the bottom up

In the heritage sector, non-profit organizations can play various roles. We will illustrate them with different case studies from the 2016 UNESCO report on Culture and Sustainable Urban Development (which you can find by clicking on the link below this article).

Civil society can take a leading role in culture-led urban regeneration by raising funds from public and private sources or rehabilitating historical spaces to host creative activities. Here are two examples of initiatives in the City of Toronto, Canada.

“The Evergreen Brickworks is a flagship project run by the Evergreen non-profit organization, which revitalized a large abandoned industrial site and its surrounding floodplain through the adaptive reuse of the historical buildings, the construction of contemporary energy-efficient architecture, and the restoration of the river valley ecosystem. The site offers a farmers’ market and spaces for creative activities and hosts conferences on urban sustainability. Artscape, a non-profit organization that focuses on creating spaces for creativity and community-building through the arts, works by purchasing historic and underused buildings and transforming them into live-work spaces for artists and community activities. Artscape projects in Toronto currently provide live/work spaces for 2500 people, offices for 100 non-profit organizations and 32 public venues which engage 250,000 people annually through exhibitions and performances. ”

Civil society can also advocate for heritage preservation and enhancement by drawing on the expertise of various professionals and scholars. Here are three examples of non-profit organizations in three cities in the Maghreb: Tunis, Algiers, and Fez.

“Between 1967 and 1975, several novel entities emerged in Tunisia, Algeria, and Morocco, which made their mark on urban planning. The Urbanism Workshop and the Association for the Safeguarding of the Tunis medina were set up in 1967, followed shortly afterwards by the Casbah and Comedor workshop in Algiers (Algeria) and another workshop in Fez (Morocco). These were ad hoc professional bodies, run by multidisciplinary teams drawn from the academic and professional spheres, including sociologists, economists, geographers, architects, town planners, landscapers and engineers, which acted in support of the authorities. Charged with designing and implementing programmes for the conservation and urban regeneration of the medina, these workshops helped to overhaul the approach to safeguarding. Based on in-depth knowledge garnered from socio- economic surveys and current architectural and planning practice, they operated across the whole urban fabric through the renovation of the habitat, the regeneration of public areas and the revival of craftsmanship. As they were autonomous and free to express their views, these structures secured real political buy-in for urban regeneration policies, sometimes backed by the authority of an emblematic mayor, as in the case of Tunis. Some of them went on to contribute to the creation of rules on town planning. These experiences enabled the historic cities to position themselves as places of institutional and operational innovation.”

“Surrounded by the Andes mountain range and the numerous hills that envelop the valley on which Santiago de Chile is raised, local residents in several of the Chilean capital’s neighbourhoods have fully capitalized on their participative power by leading innovative creative activities that have endowed their community members with a sense of belonging, reinvigorated the city’s cultural life and strengthened heritage protection. The residents of the Yungay neighbourhood, for instance, joined together to establish the Fermín Vivaceta School of Crafts, which places intangible heritage at the heart of its efforts to strengthen community identity, safeguard cultural heritage and foster urban regeneration. Similarly, the smaller neighbourhood of Matta Viel collectively worked towards achieving enhanced protection for the Matta Sur district, located in the southern border of Santiago. The presence of civil society in heritage preservation has been gradually increasing in the last decades with cultural heritage becoming a central part of the lives of many of the capital’s citizens. An example of this growing community spirit in the face of cultural and urban development is the Las Flores neighbourhood in Providencia, which stood up against the proposed modifications to the city’s Master Plan that would encourage high-rise buildings and overpriced land use, as well as Bellavista, home to the late poet Pablo Neruda, which has been the focus of a strike to prevent the deterioration of the area in the hands of uncontrolled tourism.”

What other roles can the civil society play for cultural heritage in cities? Feel free to share your opinion and more examples

What is cultural heritage?

What does cultural heritage bring to urban life?

Preserving the historic centre of Naples

The issue of gentrification

History of the European Capital of Culture