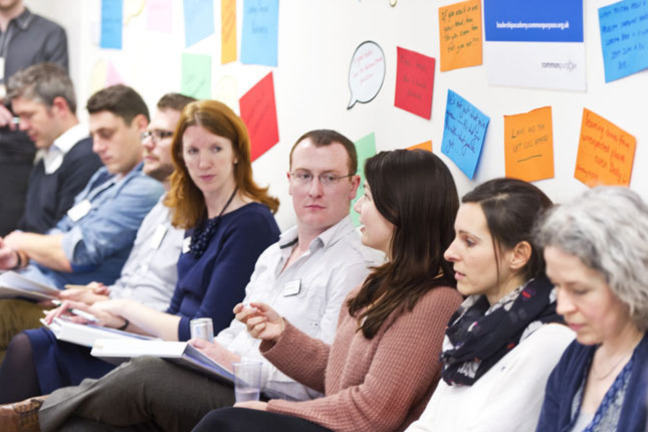 Cultural Intelligence comes through experience, and the willingness to learn from people who are very different from us. People who choose to reveal their knowledge, their history, their beliefs, their limits and their stories.

Below are a series of short stories from business leaders around the world, sharing some of their reflections on how they have developed their Cultural Intelligence over time, both in business and in society.

‘I am a Muslim, and the Muslim faith does not permit adoption. My wife is Christian. Deep in her was the wish to adopt. So I trusted her, and did it to make her happy, and to save another soul. We have had four children and adopted four more, and the experience has enriched my life. With one of our adopted children, we had to appear before the Nairobi Family Court (not that it is a family court; we were in there with many criminals too). When the judge looked at us all – at me, my wife and my kids he said, “This adoption cannot happen. Ms Baluch is white, Mr Baluch is brown. The other children are of many colours. And this child is black.” Fortunately, we had a very good lawyer who made our case well. We pushed back, and were approved. I left thinking about that judge, who saw nothing but colour. It really doesn’t matter: we are us, the Baluch family, and we have built our own culture.’

‘You just do have to learn to adapt. I am already a woman, which clients find hard to deal with, because very few people in business in India are seen as “women”: they are daughters-in-law, mothers or wives. (India is completely dominated by men. Don’t be fooled by the tiny number of exceptions to this.) How I treat the CEO of a global Indian business and the CEO of a family-owned Indian business bear no resemblance to each other. With the first, I will use first names; with the second, I will say “sir”. With the first, I will reveal that I am a professional woman with two children, who travels for work; with the second, such words would never be uttered (they would assume that my children were abandoned). The former would not be interested in who my Chairman was; the latter would want to know (and know that it is my husband – this seems to give legitimacy in their minds, that business could be discussed with me). I will adapt not just my words but my speed of talking, the subjects I use to establish a rapport and, crucially, how I show deference.’

‘I was first asked to be a British army cultural advisor. I was supposed to produce the five things you shouldn’t do in front of Afghans: five bullet points. And that’s indeed what most soldiers needed. But anyone in a command position or anyone who actually liaised with Afghans needed more. My boss said, “Explain Afghans to me.” He was very stretched with a huge command, and he wanted a simple answer. The trouble is, there isn’t one. He didn’t just want me to translate language, but to translate culture, and it can’t be done. He had to somehow get his head around how Afghan society worked, how decisions were made, where the power lay. It was not just the etiquette: that was the easy bit.’

‘Some years ago, we decided that a good way to recover after Hong Kong was struck by SARS (severe acute respiratory syndrome) was to host a rock concert. Bill Clinton was invited, and he came to a dinner with all the most important people here, including David Tang, the Rolling Stones and Jackie Chan. My son Max was about 10 at the time, and he came, not to meet Clinton, of course, but Jackie Chan. At the dinner, I watched Bill Clinton work the room. He talked to everyone, listened to everyone, asked questions of everyone and everyone knew he was listening to them. He had a deep sense of awareness and a gut feeling for the moment, for the act that would draw everyone in the room to him. That night, we all lined up for the obligatory photo of the ‘dignitaries’. Suddenly, Bill Clinton shouted, ‘Where is Max? He has to be in the picture! Family and children matter in Hong Kong: it was exactly the right thing to do, for everyone in the room. As people left that night, they waved across the room to him and shouted, ‘See you in DC!’ How did he do it and avoid being cheesy? Perhaps because, for all his power and position, he never got carried away with himself. I can’t be sure. I do know that it wasn’t put on, and it wasn’t prepared. It came naturally, and that’s how people responded to it, and to him. He went beyond IQ, and Emotional Intelligence, to CQ.’

‘I was born a crossover person: I have always believed that I am a black person in a white skin, but put me in China, and I sink. To start with, I was huge, taller than anyone. I swear that everyone in the street was looking at me. I became incredibly self-conscious. I was lost, I wasn’t me. I felt looked at, so I shut myself up. I became like Gulliver. I got on a bus to go back to the hotel, but I got on the wrong one. When I realised it was going in the wrong direction, I panicked. So I marched up to the driver and showed him the address. He reacted to my stress by stressing himself. In the end, he threw me off the bus, shouting “you don’t belong”. I felt like an alien – and, to my shock, I behaved like one.’