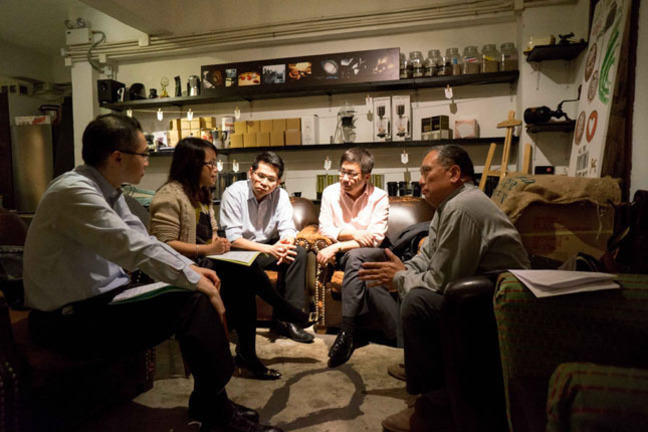 When everyone is in Flex, this is one of the most difficult spaces to be in as there is danger of never touching the Core. When everyone works together in harmony it is positive, as long as progress is being made, trust is being built, and differences are not being ignored or politely papered over.

I remember some of my father’s business colleagues from years past. When they were in London, I would often be part of showing them around. One of my father’s UK colleagues would usually come with us. They were all from a similar time and were unbelievably courteous to people. They had learnt the customs of their guests, and they performed them with deep respect. That was all there was. It was not negative; it was just grimly neutral and produced no lasting relationships and no friendships. Maybe the unfailing courtesy delivered solid deals, but, if the deals ever unravelled, there was nothing there to build on that might have put them back together again.

Someone once said that leaders are like teabags: ‘You only know if they are any good when you put them in hot water’. The same could be said for relationships. Until the Core is revealed, and shared on both sides, the trust will only ever be limited.

Here is a challenge for you.

Chose someone who you think has a different Core to you, and who will challenge your line of thinking. Examples could include someone from a different faith, different political background or different part of society.

Share with them the concept of Core and Flex. Two key questions for you both to consider are: