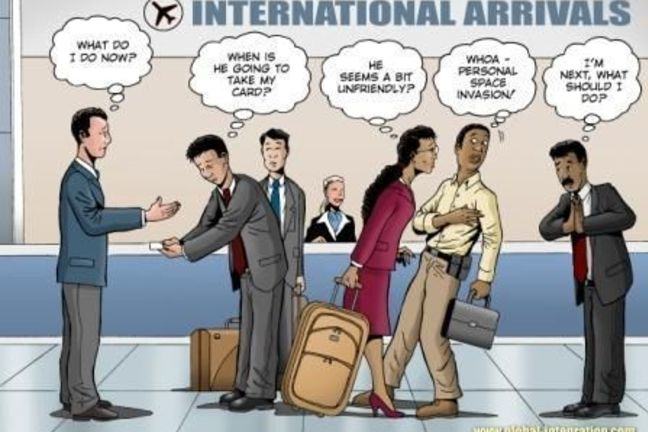 Every leader should start with a strong Core and a pretty clear idea of what is in it. However Flex is just as important as Core. Even though it is fluid and adaptable it doesn’t make it less valuable.

We have to get the basics right. Flex generally starts with behaviours which are very important signifiers as we operate in other cultures, not least because they demonstrate that we have Flex and we’re not too arrogant (or frightened) to actually change. Take every opportunity to understand how other people express their values through behaviour. It is not about changing who we are but helping us to change how we express it. There’s no quick way to learn it either.

Flexing how we behave is one thing, but Flexing what we believe gets very tough. The following is an example from my own experience and my personal viewpoint.

I was invited to work with a great women’s University in the United Arab Emirates. To get there, I would have to cover up completely, most of the time. This grates with everything I believe about the role of women in the world. I knew it was something I would find very hard to do. But, if I have to Flex on anything, I find clothes pretty easy, because I don’t care about them. So that was easier for me than it might be for someone else. I would also have to avoid driving, and behave discreetly, all of which impact on my Core.

I learned a lot from doing it. I learned how much easier it is to be covered in a society where everyone looks at you. I realised how lovely it was to get off the streets into women-only areas, removing the burqa and making friends faster than normal, once we were all inside together. It blew a huge bias out of my head. I had always thought – half consciously and half unconsciously – that all women who covered themselves must be weak. I certainly met enough interesting women for me never to make this generalisation again. Back at home, the experience helped me to have a timely conversation with an Arab man who was in London from the Middle East and was expressing his frustration about the forceful women he was having to deal with in the UK. He perceived the way they dressed as a lack of modesty and could not see around it to recognise their ability. I hope my experience of Flexing a belief I held very deeply helped him to do the same, because that’s the point of Flex. First we move a belief from Core to Flex, and then we have to remember to Flex it, and keep doing it.

As you establish something deeper than a set of codified behaviours, the real value of Flex emerges. When we get something wrong – as we inevitably will, with someone, somewhere – they will forgive us, and, instead of dismissing us, explain it to us.