Now let’s throw innovation and invention into the mix.

When we hear “Necessity is the mother of invention,” that assumes someone created something to fill a need in society. In Jared Diamond’s Pulitzer Prize-winning book Guns, Germs, and Steel: The Fates of Human Societies [1], he explained that many times this is not always the reason for inventions. “In fact, many or most inventions were developed by people driven by curiosity.” Even Edison didn’t initially consider the phonograph to reproduce music.

Innovation is at the top of many leaders’ lists for what they’d like their staff members to improve in their organisations.

To be innovative means to come up with new methods, ideas, or products. That requires asking questions and challenging the status quo. There must be a strong desire to learn something new. The trick is how to develop that desire in people.

As we age, our natural sense of curiosity becomes a less dominant force. How can we explain that? There are a multitude of reasons, including (to name a few):

If we want people to be curious at work, we must recognize what holds them back. How can we expect them to solve problems if we don’t allow them to ask questions? How can we anticipate receiving innovative ideas if we micromanage their time and interests?

Many employees don’t provide input for fear of looking stupid. Yes, we can tell them that there’s no such thing as a stupid question. But if our actions don’t align with our words, they’ll keep their questions and ideas to themselves.

The most innovative companies encourage employees to share their passions and ideas. Companies such as Facebook, Uber, Amazon, and Google recruit employees who ask questions. As Google’s CEO has said, “We run this company on questions, not answers.”

To improve innovation at work, we need to lead by example, ask questions, and demonstrate empathy based on what we hear. We must avoid groupthink, promote learning, and reward natural curiosity. We recognize this requires persistence to ensure that we don’t quit when we run into the unexpected.

Yes, we can embrace what we don’t know by creating an environment that rewards curiosity and crazy questions. If we observe leaders such as Elon Musk (Tesla) we see that they explored new areas and broke through boundaries.

How can we expect our people to explore new boundaries and create innovation if we as leaders tie their hands?

Instead of looking at innovators as not following the rules or being contrary, we need to consider that crazy questions have led to big innovative breakthroughs. So we don’t get placated into believing we have all the answers, we need questions such as:

Rather than rewarding conformity, again we need to examine what makes us hold onto it. We require brutal honesty, investment in training that brings out our natural sense of curiosity, and allowing people to create stretch goals outside what feels comfortable.

Instead of relying on technology to solve our problems, let’s occasionally put technology aside and consider what we don’t know about what technology can do for us. Are we getting only superficial answers when there’s more to explore if we simply asked questions?

We need to question ourselves as well as our employees. We might assume that we know the answers to things we don’t even understand. We must resist the desire to remain where we are, and instead look ahead to the possibilities.

To do that requires being humble, confident, self-aware, and realistic. We can embrace nonconformity and collaboration, resisting a need to control everything. If we hold ourselves back by telling ourselves we are shy or a team player, that won’t produce out-of-the-box thinking. Rather, let’s ask open-ended questions that require critical thinking, and then listen carefully to what we hear in response.

If we focus on others rather than ourselves, that is a big step. After all, we tend to see the world from our own stories. What if we could live in someone else’s mind to see things from a fresh perspective? What new ideas could our two conjoined minds bring out?

Yes, working on our inner monologue could be a big first step. We can stop telling ourselves that we aren’t creative or that other people are better at coming up with things. If we see the fun involved in learning and exploring, we could be an integral part of the innovative process. If we get out of our routines and change our environment, that could spark some new ideas.

Simple things like looking up a new word a day or writing a blog about something we don’t know could open our minds to something never conceived. Spending time around diverse environments to see things from another perspective can be crucial. Let’s surround ourselves with people who have done bigger things. They help us see things from a “been there and done that” perspective and can remove the taboo or fear of exploration.

We must look at failure as a learning experience and part of the process rather than as a problem. Only then can we get people to venture out of the safe zone. When we create motivational moments, we ignite emotion and improve our sense of well-being.

How has your organization gone about rewarding those who ask questions, challenge habits, and seek adventure?

Much of what I stumbled into by following my curiosity and intuition turned out to be priceless later on.

In 1941, Georges de Mestral, a Swiss engineer, was hunting with his dog in the hills of Switzerland and became annoyed when he returned home to find his clothes and his dog covered with burdock burrs. After spending hours removing the unwanted burrs, he was curious to know the quality that gave the burrs their ability to cling to clothing, fur, and other objects that passed their way. 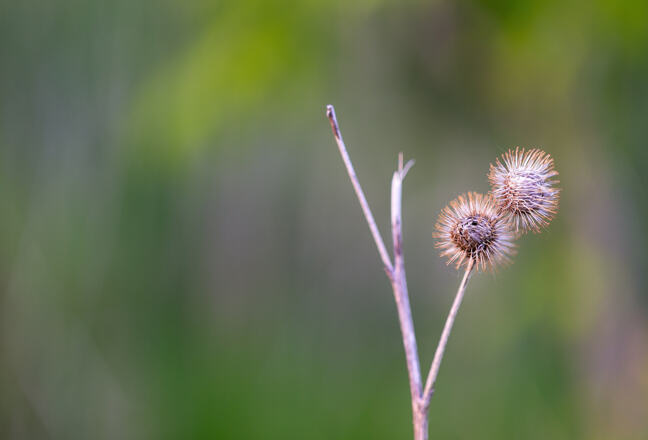 De Mestral was struck by the burrs’ exceptional sticking characteristics and pondered how he could apply this concept and replicate that sticky characteristic. After several experiments, he thought of creating a fabric to be used as a product fastener based on the principles of the burdock burr. He concocted a name for the fabric by combining the French words “velours” (velvet) and “crochet” (hooks). He called the fabric Velcro.

Reflecting on Faisal Hoque’s formula, we see that de Mestral had an experience that led to curiosity, which resulted in his creation.

John Bessant, professor of innovation and entrepreneurship at the University of Exeter, has cited great discoveries of our time that occurred by accident and curiosity. Through the inventors’ perseverance and curiosity, experimental failures became game-changing innovations. Here are some examples:

A melted chocolate bar in Percy Spencer’s pocket inspired a product we use every day. While working on microwave-based radar equipment for the defense contractor Raytheon in 1945, Spencer noticed that, when activated, the technology melted a chocolate bar in his shirt pocket. His curiosity took over. After a myriad of experiments, the microwave oven was born.

In the 1930s, Kutol Products was a struggling company trying to sell its paste to clean the soot residue from coal-fired stoves and off of walls and furniture. By the 1950s, coal-based heating was becoming obsolete and so was Kutol as a company. But children, as unintended users of the cleaning solution, discovered a more lucrative use for the cleaner and saved the company. The new product was called Play-Doh.

In the 1930s, Roy Plunkett was a chemist working on chlorofluorocarbons for the chemical giant, DuPont, to improve refrigeration materials. When he returned to examine his latest experiment, he was disappointed to find that one of the canisters no longer contained the gas he had hoped for. It had a waxy build-up instead. His curiosity provoked him to further experiment with materials, and he discovered the extraordinary lubricating qualities it was able to provide, even at high temperatures. The result was the product called Teflon.

The list could go on to include products such as Viagra, Super Glue, penicillin, and Silly Putty, all born from a curiosity that defied failure and disappointment.

Creativity demands having an open mind, which seems to be the common thread for all the inventors, entrepreneurs, and successful business leaders we’ve examined. And all those individuals asked the same question: “What if . . .?”

Creativity is questioning the familiar or having the desire to pursue the unknown. Whether it’s painters trying new blends of color, gardeners experimenting with hybrid plants, or dog breeders testing new breeds, curiosity provokes a variation of the question “What if . . .?” while providing the fuel that leads to creation.

The virtues of failure

Accompanying the mixture of curiosity and creativity is a dramatic reduction in the fear of failure.

Have you ever been so focused on creating a piece, repairing a machine, or solving a problem that you ignored every failed experiment along the way? You just kept on going until the problem was solved. Your failures were completely overridden by your determination. Think about how many times you said, “Well, that didn’t work. What if I do it this way?”

Behaviorists tell us that the combination of curiosity and the pursuit of a creation or a solution is the antidote to the fear of failure. Whether we’re creating an invention or solving a problem, when we’re focused on the solution, we don’t dwell on the failures along the way. We just keep trying until it’s done.

Michael Gelb is an internationally renowned author and speaker on curiosity and creativity. Among other features, he conducts an online class, How to Think Like Leonardo da Vinci [2]. He said:

“By nature children are curious, but as we grow up much of our inquisitiveness ebbs. Almost all children in their natural state ask lots of questions. That’s how they learn so much in the first five years of life. But then we send them to school where they learn that answers are more important than questions. Creative geniuses like da Vinci, however, maintain that passionate curiosity throughout life, which results in a lifetime of creativity.”

Innovation, or creativity, appears to be the by-product of curiosity, which may entail many failures along the way to sometimes surprising success. CEOs are well served to foster both curiosity and innovation and take the failures in stride because many times they’re worth the result.

Innovation is a hot topic right now with the advent of so much artificial intelligence. To create a truly innovative product requires asking questions to develop creative alternatives.

In the next step, you will have the opportunity to think about some great inventions that derived from people’s curiosity of asking questions.