You may not like what your “genetic selfie” tells you. 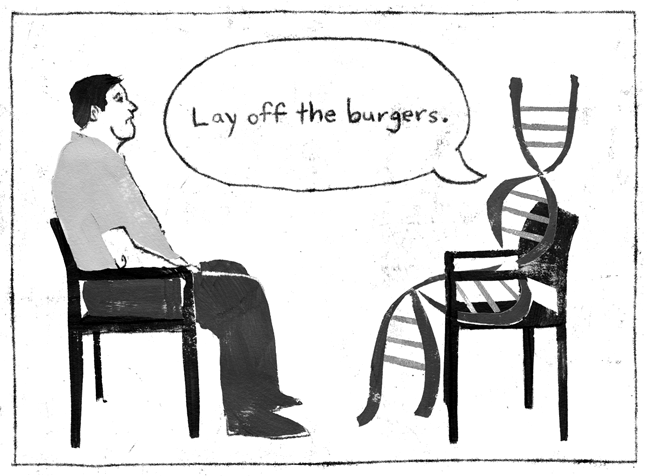 Obesity and exercise are the major risk factors influencing development of type 2 diabetes and some people are more prone to weight gain or exercise less than others. These individual differences are undoubtedly at least partly influenced by genetics, but is there any evidence that a DNA-based personal diet or exercise plan will have added value over and above plans that do not involve a DNA test? Several online companies, including Direct-to-consumer (DTC) DNA testing companies, would argue that they do and will charge you £99, or more, for the test and the “personalised” advice. The websites are full of compelling arguments such as “One size does not fit all”, or one “Recommended Daily Dose” does “not suit all”. However, there is very little published evidence that a genetic test will help you lose or maintain a healthy weight or diet or optimise your exercise regime.

We simply don’t know enough about the genetic variation involved in weight gain/loss or diet and exercise to “personalise” advice. Exceptions, often misleadingly cited by the online companies, include well known diet related diseases such as Celiac disease, lactose intolerance or Phenylketouria (PKU) deficiency, where genetics play a strong role. PKU is a very rare inborn error of metabolism that is tested for at birth, so is irrelevant here, and we’d argue that gluten and lactose intolerance tests should be marketed as such, not to the general population as fitness and general diet advice where the implication is that the tests will benefit a large number of people. Our conclusion is that, currently, when it comes to diet and exercise, one size does fit all - knowledge of the DNA sequences inherited from your parents won’t help you.

Direct-to-consumer genetic testing can also provide information on ancestry, non-medical traits and mutation carrier status, where the evidence is more robust than for diet-related and disease prediction tests. While information is generally provided to the participant prior to taking the test, critics have argued that members of the public will not be sufficiently prepared for the potential outcome of some of these tests.

See how many companies you can find by trying an internet search for direct-to-consumer genetic testing.