Calling a story ‘good’ can reveal our tastes and point to our values and assumptions as well.

It may also reflect who we are and who we are talking to. We might, for example, be less inclined to tell our boss about our love of Big Brother or the body horror genre than our friends, and more inclined to share an interest in tales of feminist triumph with some colleagues than others.

We have different facets to our personalities and to our social and professional networks. We don’t all like the same things and we don’t all take things in the same way. We’re all different in other words and so it would appear that things have really moved on from those earlier steps’ sense of collective conditioning and compliance.

However, introducing ‘difference’ into our critical thinking about storytelling is not to be a mere celebration of individuality, but an emphasis on the importance of context, and socio-political location, for expanding our understanding of filmmaking and audience.

A key figure responsible for the prioritisation of our social context and social variance within interpretations of culture was Stuart Hall, who headed up the Birmingham School of Cultural Studies from 1969-1978.

Hall called the manner by which values and assumptions are inscribed into texts and then translated from them, encoding and decoding. In his seminal 1973 article, he suggested how meaning is encoded in a text by its producers, and decoded from the text by its consumers.1

Crucially, a gap exists between the two. What is encoded and what is decoded is different. There is no one-to-one correspondence between textual sign and, for example, the viewer’s interpretation, or between what is put in and how it is read. Indeed, there are a variety of correspondences. We can’t assume, in other words, that everyone decodes in the same way.

Thus Hall established the centrality of identity to the act of interpretation. It was identity - who and where the ‘reader’ was - that determined his or her ability to accept, reject or adjust the assumptions of the text. Hall would distinguish three kinds of reading positions as a result: dominant, oppositional and negotiated. In the dominant reading of a text, readers accept what is encoded unproblematically and thus reinforce its ideological or preferred meaning.

In the oppositional reading of a text, readers reject the dominant reading which is apparent but unacceptable to them owing to their social situation, and decode the text accordingly.

In the negotiated reading, both the dominant and oppositional readings hold their appeals and decoding sits with and against the preferred reading.2 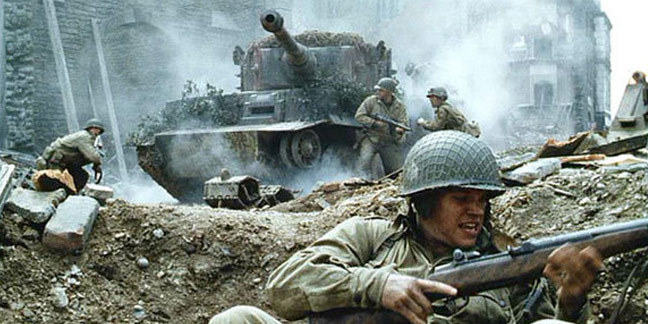 Your audience will have lots in common but lots that separate them too. You cannot assume that they all will, or should, be watching and interpreting your film in the same way. Indeed, thinking about your film in terms of its potential dominant or resistance readings will really help you hone your understanding of narrative authority and your own encoding practices. From reading this article think about the following questions and please share your thoughts in the comments area.

Why should a designer learn to code? Find out with the University of Michigan and build your skills in design computing.