PLEASE NOTE: This course was retired on 16 Oct 2019. This means it is no longer being updated or maintained, so information within the course may no longer be accurate. FutureLearn accepts no liability for any loss or damage arising as a result of use or reliance on this information. 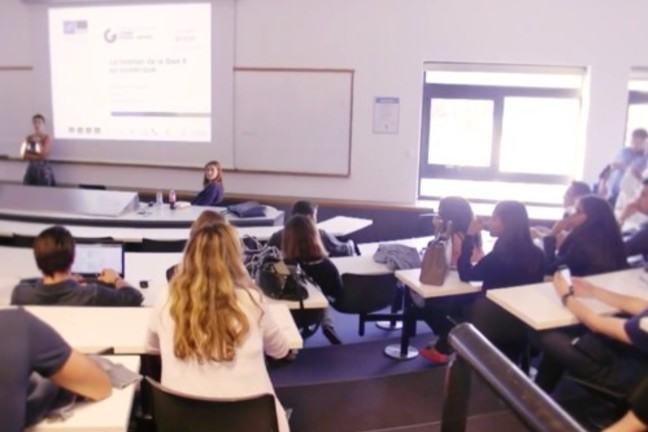 Are Digital Natives the Heroes of the Digital Transformation?

Digital natives were practically born with digital tools in their hands. They’re considered to be super-men and -women who will rescue companies that are struggling with their digital transformation. These heroes are seen as a critical factor for a digital revolution. Yet, I choose not to see them as heroes or the unique actors of this change. Instead, they’re simply facilitators who can aid in this transformation.

Being comfortable with digital tools is not a revolution

We can learn a lot from a recent study of young graduates under 30 years of age who work in major companies. The study was carried out as part of the GEM-Orange Digital Natives Chair and the Mines Telecom Futur Numérique Think Tank.

The study highlights that these young graduates rarely use the word ‘digital’. They tend to prefer computer terms such as IT, software or network. They don’t consider themselves to be key players or experts in the digital world. The only exception is graduates who work in companies like Google and feel their jobs are wholly digital-oriented.

Most young professionals simply see digital tools as another set of tools to be used. These tools are considered to be useful, efficient, time-saving options that allow them for example to continue working while away from the office or in collaboration with international colleagues. A minority of study respondents also note that these tools can be time consuming and inefficient if they’re not properly designed or used.

They also recognize that they’re more comfortable with these tools than their colleagues over 45 years of age. In other words, this simply highlights that current young generations are like past generations. They know how to fully take advantage of what their era has to offer.

Does this generation see digital tools as a means to innovate or revolutionize companies? Not necessarily. For example, emails are seen as facilitating contact and lowering certain barriers, in particular hierarchical barriers. But that doesn’t lessen the need to respect hierarchy. (The study also highlights that 70-95% of work time is spent communicating through emails and working on computers. Telephone time is estimated between 5 and 30%.)

Integrating the company is a priority

I find it particularly interesting to note that digital tools enable this younger generation to open doors that they might not otherwise dare to open. The majority of respondents had a very traditional view of companies and underlined the importance of fitting in, both in terms of company politics and relationships. For them, change is still a matter of company culture. And most of them don’t picture themselves as agents of change or a digital transformation. Instead they seek to adapt to their company’s norms and rules.

It’s not an issue of generation but of desire. Among the young professionals questioned, few were interested in breaking with accepted cultural codes. Agents of change were only found among young professionals who were recruited to enact change or entrepreneurs creating their own company to revolutionize habits. The digital world has certainly contributed to simplifying certain aspects of becoming an entrepreneur in both administrative and financial terms (e.g. crowdfunding).

In conclusion, this study highlighted the fact that age or generational differences are not the only factors to consider for a digital transformation. Younger professionals see digital tools as a usual part of their activities and don’t use them to revolutionize the business world. In fact, they seek to integrate their company. Those who wish to break with traditional business culture will tend to create their own business. So it’s a challenge of desire.

If a company leader (who might well be 50 or more years old) decides to launch a digital transformation, then it’s at this point that younger employees will be ready to follow and get involved in change.

Technology Entrepreneurship: How to Start a New Venture

Discover the impact digital technology is having on the retail industry and what it means for customers.