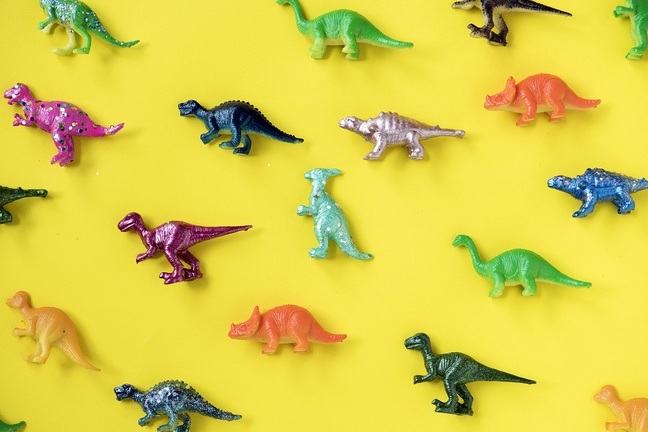 “Why don’t you go out and play with your friends?” “Why are you playing that video game?” “You should be doing something else”. These tend to be our go-to responses when we see children and adults engaging in games. There seems to be a universal acceptance that engaging in solitary play is a poor use of our time. But why?

There is an underlying fear that new media will make us lonely and reclusive. The gamer stereotype conjures up the image of the sunlight deprived, antisocial, basement dweller, who is socially inadequate. This stereotype is unhelpful and misleading. There is incredible variety offered in the computer game market, attracting people from every age group, gender, and socioeconomic demographic. I have observed people from all walks of life playing games on their smartphones when traveling on public transport, and have even found myself getting lost in the Jurassic World game despite never playing video games as a child.

If we look back as early as the 17th Century we can draw parallels between ‘reading mania’ and modern perceptions of gaming. After the invention of the moving printing press, books became accessible to the masses. As literacy became more widespread, in the 18th and 19th century, markets became stocked with books on a range of genres, including horror, romance, and adventure. Fiction books offered the reader an escape from their everyday lives, and with this came fears that books would have a detrimental impact on health and society. We can attribute some of these fears to the solitary nature of reading, which has similarities to one player computer games. Individualism, and engagement in solitary endeavours, which satisfy only our own desires, are seen as a threat to society as they feed our imagination and take us away from our roles in the home, our work and our community.

Sebastian Deterding (2018) suggested that engaging in solitary computer game play can offer a much needed ‘room of one’s own’, giving the player time to themselves to engage in an activity that brings them enjoyment, away from social pressures, expectations and responsibilities. The game provides us with free space in which to play: a space with no obligations; just the opportunity to retreat, to rest and to restore.

As we touched on last week, research on video games has traditionally focused on the negative effect of playing these games, with a particular interest in the effects of playing violent games (Jones et al., 2014). Other studies have been interested in players who spend an excessive amounts of time immersed in gaming, showing links between gaming and lower psychosocial wellbeing, including symptoms of addiction such as withdrawal, preoccupation, loss of control and interpersonal conflicts (Grusser et al., 2007; Gentile, 2009). It is only recently that we’ve seen significant interest in links between video game play and positive wellbeing, and the potential benefits of video game play for improving mental health.

Jones et al. (2014)’s review of research into moderate videogaming and flourishing mental health suggests that computer game play has the potential to enhance life satisfaction and improve individual players’ mental wellbeing. They found that the inherent nature of video games appears to promote and facilitate all aspects of Seligman’s PERMA model which we looked at in Week One.

Lots of games enable us to choose our own goals and actions. When I’m getting lost in my Jurassic World my motivation for engaging in the game is intrinsic, there is a competitive element of the game that I can engage with but I’m not motivated by these elements. The autonomy of the game becomes part of the motivation and fulfillment (Deterding, 2018). Other games offer the opportunity to join an online community who share a common interest enabling us to build positive relationships. In-game relationships offer social and emotional support, providing a safe space to discuss sensitive issues and exchange messages of affection (Jones et al., 2014). Engaging in multiplayer games may give us a sense of meaning and the chance to work collectively towards a common goal. Through engaging in masterful gameplay, solving problems and reaching the next level, we might gain a sense of accomplishment resulting in positive emotion and improved wellbeing.

I have found that the games I enjoy the most are the ones that take me away from the world, where I can immerse myself in a new world, setting my own agenda: where I can choose who I want to be. The game offers me a place to escape: to retreat into a world where the possibilities are limited only by my imagination (and the parameters of the game). This is a ‘freespace’: a room of my own. And that’s something we all sometimes need.