This content is taken from the The University of Sheffield's online course, Discover Dentistry. Join the course to learn more.
View course
2.11 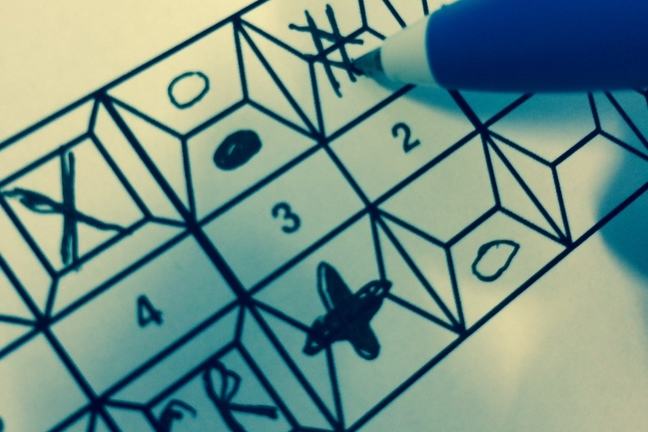 In the video of Dave having his checkup, Dr Jowett provides a commentary of the examination to Sarah (the dental nurse), which she transcribes into the notes. Dr Jowett uses two different codes to describe the health of the gums, which teeth are present and the teeth’s condition.

The first code that Dr Jowett uses is the Basic Periodontal Examination (or BPE for short). Using a a probe known as a WHO probe (World Health Organisation probe), the dentist probes the gums around the teeth and reads off a depth measurement using markings on the probe. The codes provide a convenient way of giving categories of the depth recorded quickly, without having to give lots of individual measurements.

The mouth is divided into 6 sections, called sextants, and one reading (the highest) is provided per sextant. 8’s (the 3rd molars or wisdom teeth) are not included unless no other molars are present in that sextant. If there is only one tooth standing in a particular sextant then this is included in the adjacent sextant and not counted on its own.

The second code that Dr Jowett uses is known as dental charting. This is an essential record of a patient’s mouth that shows the teeth present, missing teeth, cavities and damage to the teeth, and any restorations in place.

Usually a key role of the dental nurse, the charting is produced using numbers and symbols to show the current state of the mouth, and often the plan for any work to be undertaken in the future.

In order to be able to break this dentist’s code, we must first understand how the teeth are labelled on the charts. Like languages, this varies depending on where in the world you might visit the dentist. In the UK, the Zsigmondy-Palmer notation is most popular, but in other countries, you may find that the Federation Dentaire International (FDI) or the Universal Numbering System method is used. They are quite simple to decode, so let’s look at each in turn:

This system labels the teeth with a number from the dentist’s view (i.e. looking at the patient). Adult teeth are numbered 1 to 8 from anterior (front) to posterior (back), with deciduous (baby) teeth indicated by a letter A to E.

In this system the different types of teeth have the same number (e.g. central incisors are ‘1’s, canines are ‘3’s and Wisdom teeth are ‘8’s), and it is common for dentists to refer to teeth as the number: “My patient has caries in their upper right 2”, or written as:

To chart the detail of the mouth, each tooth is represented as a box, showing the main surfaces (refer to step 2.2 for a reminder of the terms).

An anterior tooth is on the left, posterior on the right:

They are then laid out as a full chart:

The notation that can be applied to each tooth to describe the condition of the teeth is then applied to the relevant boxes, building up the chart. Here are some examples:

Other notations are PJC for a Porcelain Jacket Crown, RF for Root Filled and FGC for Full Gold Crown.

There are many of these symbols that the dental team will learn (and there is often a legend in the dental notes to prompt the memory!). A full guide is linked for further reading at the bottom of this page.

Another type of notation used is FDI (Fédération Dentaire Internationale) which differs to the Zsigmondy-Palmer notation in that each individual tooth (rather than the tooth type) is given an individual number. It is also written from the dentist’s point of view, and uses a system of two numbers together to describe each tooth in the format XY. The first number X defines the type of dentition (primary or permanent) and where it is in the mouth (e.g. upper right), and the second number Y defines the tooth type, so each tooth has a unique reference:

You will notice that the X (quadrant) numbers run clockwise from the top left; 1 to 4 for adults and 5 to 8 for children:

Using the example of “My child patient has caries in their upper right 2”, this is how it would be written in FDI:

This system is commonly used in the USA. It is similar to the FDI scheme, but each tooth is given an individual consecutive number starting at the patient’s upper right third molar (an 8 or 18 in the other systems) which is a ‘1’. Each tooth is then given a consecutive number going around the mouth until you end up at the patient’s lower right third molar being labelled ‘32’.

In the UNS, children’s teeth are numbered 1 to 20 in the same pattern, but a small letter d is added to the number to show it is ‘deciduous’. A newer modification to the system substitutes the letters A-T (representing 1 to 20) for clarity.

You can see it is important to know what system you are working with, as a 32 is a lower wisdom tooth in the UNS and a lower lateral incisor in FDI!

Learn how molecular genetic techniques are used to identify the genetic factors that contribute to the development of disease.

Physiology: the Science of Life

Get an introduction to human physiology and the amazing systems in our bodies that keep us alive.