This content is taken from the Purdue University's online course, Understanding Diversity and Inclusion. Join the course to learn more.
View course
3.12 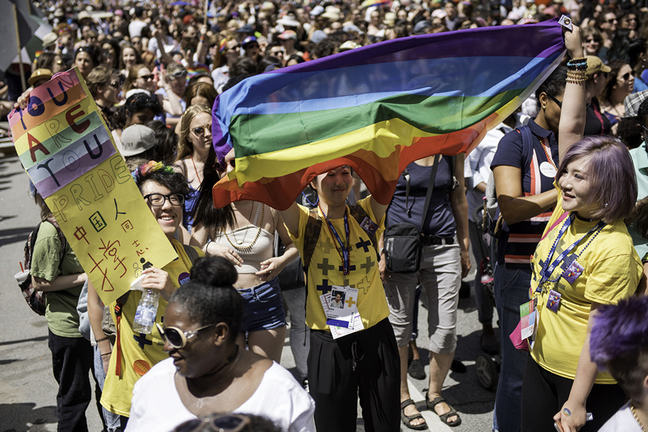 According to Dr. Mick Vande Berg, the third phase of developing diversity dexterity is to manage thoughts and emotions when faced with differences in others. I wish to share a story about my good friend and coworker, Matilda. Matilda is one of the smartest and most creative people that I know. She has multiple graduate degrees including two doctorates. She is in her 40’s. She is half Chinese and half white. Matilda is an American.

She said to me, “Did you see what happened in there?”

I replied, “You mean did I see what happened in the 60 minute meeting we just attended? If so, I have no idea of what you are talking about. Tell me, why are you so angry.”

Matilda said, “The other committee members ignored everything I said. They did not even acknowledge my ideas and suggestions. They all talked around me.”

I replied, “Matilda, sorry but I was not paying attention enough to notice but at our next meeting I will be more observant.”

The next meeting was eye opening for me. Matilda was totally correct. The other committee members did not listen or respond to even her best ideas and input. As this meeting unfolded, I tried to see what happened after Matilda offered a great suggestion or idea. Typically she was not acknowledged. So I tried something. I began to intentionally make the same suggestion she offered up. These ideas were immediately acknowledged, but only when I as an older white male made the suggestion.

I do not know for sure, but I suspect the committee members were totally unaware of ignoring Matilda and her ideas. I do not believe it was done maliciously. I wonder if the unconscious biases of older white males with social privilege were blind spots. They simply did not hear some very creative and helpful thinking from a younger bi-racial female. I do not think it was meant as hateful or intentionally racist. I do think there was unconscious bias. I think it was a lack of dexterity with diversity.

It is not always easy to manage thoughts and emotions when you are the person of diversity being treated disrespectfully or unfairly. The challenge is to not allow your emotions to ruin the opportunity. The opportunity here is to confront and to dialogue as we learned about in Week 2.

Your assignment for this step is to share your own story or the experience of another person who was confronted with diversity and had opportunity to manage thoughts and emotions. Please share the story or experience in the comments. Next discuss the stories and experience shared by three to four fellow learners.