0:08Skip to 0 minutes and 8 secondsSo this is going to be the snot gun demonstration. It's one of our most popular e-Bug activities. And it's really demonstrating how important it is to catch our coughs and sneezes when you've got a cold, and not spread those infections and microbes around. So before we start, can anyone tell me how fast do you think a sneeze travels?

1:30Skip to 1 minute and 30 secondsAnd we're going to-- if you want to place your name and the Post-it where you think the sneeze might land. All right. So we've placed your guesses. So now we're going to recreate a giant sneeze at the count of three-- 3, 2, 1, achoo. Wow. So we ended up quite far. So let's see who's been infected.

1:58Skip to 1 minute and 58 secondsSo it looks like it just missed Alison. So you're safe. It did get Syd, though. And those two are friends. So Syd could easily pass his infection when he shakes Alison's hand. Paul is going to get it, Susan. Mercedes was-- Regina, Maureen. So nobody is safe here, all the way up to the back.

2:50Skip to 2 minutes and 50 seconds[LAUGHTER] So now we've seen how far it travels. It didn't travel as far as the 2 or 3 metres, as before. But it is all over you. It is-- Kathleen. Kathleen? Yeah. It is all over Kathleen's hands. If she were to shake hands with me and pass on those infections, if I were to ring the bell on the school bus, we'd be spreading infection everywhere. I might wipe it on my clothes, the door handles, everything. It's not the best way to catch a sneeze. It's probably not the worst, worst way, either. I mean, the worst thing would be to just sneeze without covering it at all. Then people do say use your sleeve, if you've not got anything.

3:35Skip to 3 minutes and 35 secondsBut what's actually the best way we can catch our sneezes?

3:41Skip to 3 minutes and 41 secondsHandkerchief. Take off, please. Thank you. Can I have another volunteer, please?

3:53Skip to 3 minutes and 53 secondsThis time, I've got some tissue. And you're well prepared to catch a sneeze.

Please watch the video above for a full demonstration of this activity.

This activity has been popular in several different situations including school assemblies, science shows and festivals, even at a flu vaccination launch event for public health professionals! It demonstrates the best way to keep coughs and sneezes from spreading microbes. 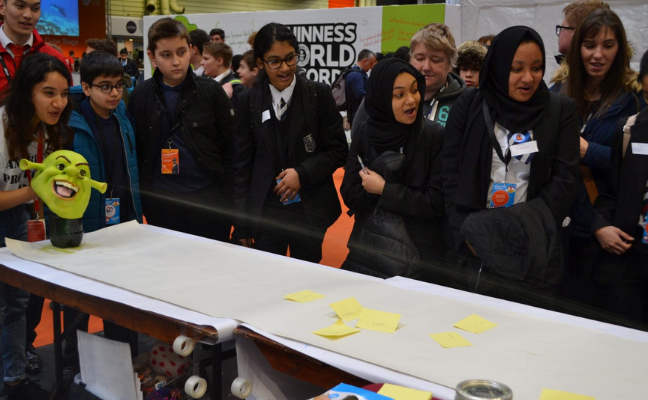 This activity involves the use of UV gel and a torch to demonstrate the spread of microbes through our hands. The invisible UV gel represents “pretend microbes”, whilst the torch represents a “microbe detector”, as the gel can only be seen under the UV light. 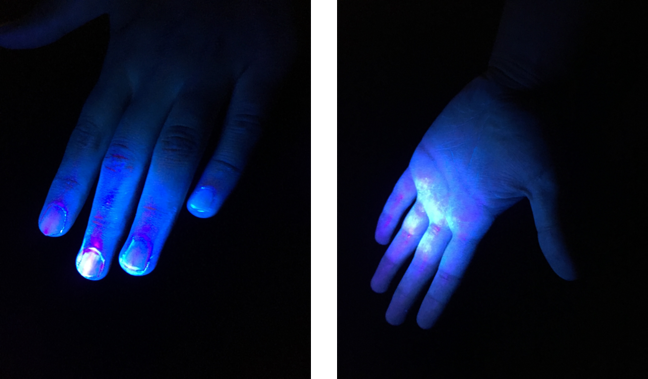 This activity involves the use of a hand soap dispenser, pepper, and water to demonstrate why we need to use soap to wash our hands and why water alone is not as effective. 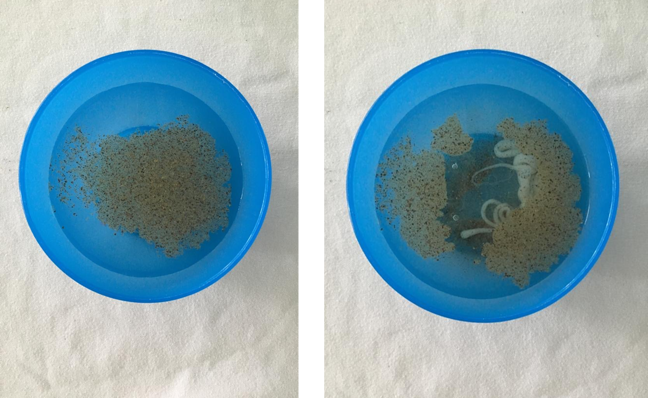 e-Bug was developed for use in schools pre-COVID-19 and so some activities may require modification based on your school’s distancing guidelines. Please use your judgement and tell us how you have modified the activities, or if you would like to discuss some ideas, contact e-Bug@phe.gov.uk

If you are supporting home-learning or working with small groups of children, we have additional activities on microbes and the spread of infection in our newly launched Antibiotic Guardian Youth Badge Leader and Volunteer Activity Pack. Click here to access this resource.

Have you carried out any activities which are similar to these?