Crime trends in the United States

In his 2004 article “Understanding Why Crime Fell in the 1990s: Four Factors that Explain the Decline and Six that Do Not”, economist Steven Levitt describes how crime rates in the U.S. have risen and declined in recent decades and provides possible explanations for the crime drop during the 1990s.

In this article, we will examine his analysis in more detail. 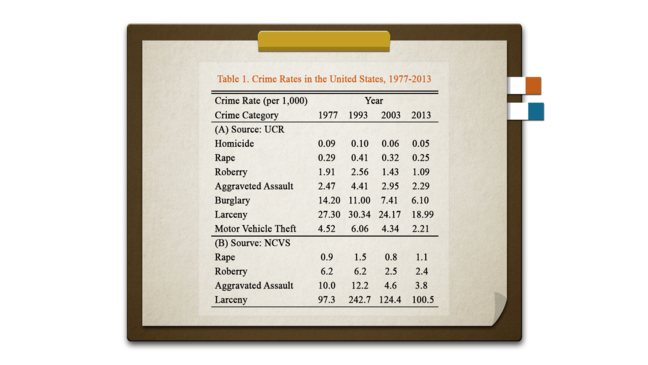 Crime rates usually fluctuate over time, but the crime trend in the U.S. over the last few decades has been truly remarkable.

First, consider the increase in crime between 1977 and 1993. Robbery rate rose by 34 percent, aggravated assault increased by 79 percent, and larceny rose by 34 percent. The increase in homicide may look modest, but criminologists Philip Cook and John Laub show that the rate of homicide commission and victimization by young males nearly doubled between 1977 and 1993.

This historic rise in crime was followed by an equally remarkable crime drop, which was just as large and universal as the previous rise. Between 1993 and 2003, murder fell by nearly 50 percent, aggravated assault by 33 percent, and larceny by 20 percent between 1993 and 2003 based on the UCR data. When we look at the NCVS data (where the extent of under-reporting problem is less severe), the decline is even more remarkable. Rape fell by 47%, robbery by 60%, aggravated assault by 62%, and larceny by 49%.

What can explain this drastic reversal of crime rates?