You don’t have to be an economist to predict that, all else equal, individuals with low-paying jobs (or no job at all) would be more likely to commit crime than those with lucrative jobs.

Those who lose their jobs and cannot find legitimate work may have to turn to criminal activities to make ends meet. Then it is reasonable to suspect that crime would be counter-cyclical, rising during economic recessions and falling during economic booms.

However, this prediction is not supported by available data. For example, many types of crimes in the U.S. actually fell during the Great Recession. (Between 2007 and 2013, violent and property crimes in the U.S. fell by 22 and 17 percent, respectively.) What’s going on here? Why don’t people “rationally” respond to adverse economic conditions by committing more crimes? 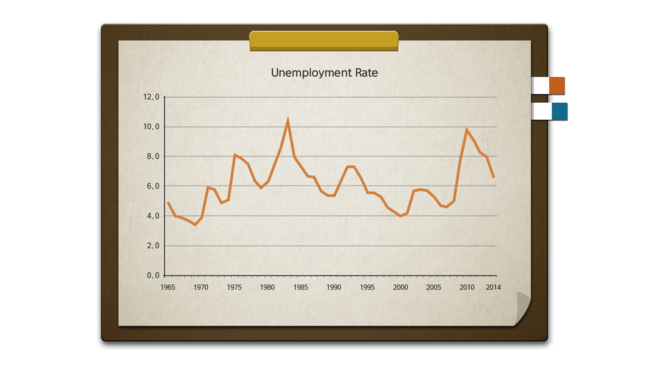 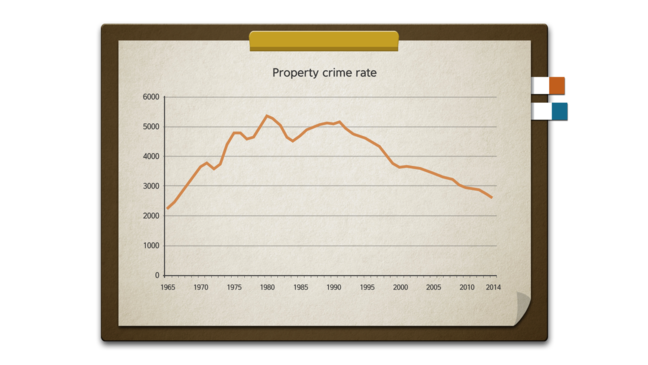 Why Should Unemployment Increase Crime?

The rational choice model of crime predicts that an individual chooses to commit crime when the expected net gain from crime is greater than that from staying out of crime. If one cannot find a well-paying job in the legitimate labor market, he may be more inclined to look for a job in the “criminal industry”. This crime-as-an-alternative-job explanation works the best for financially motivated crimes, but it can be applied to other types of crime as well. If you already have a well-paying and respectable job, you have more to lose when committing a crime and may think twice before actually carrying out the crime.

This reasoning suggests that crime should fall during economic booms (when more well-paying legitimate jobs are available), and increase during recessions. How can we reconcile this theoretical prediction with observed data on crime and unemployment, where no such relationship is present?

Here are some potential explanations. First, monetary gains and losses are not the only factor in one’s criminal decision. Other non-monetary factors, such as the sense of guilt and shame upon committing a crime, should also be just as relevant, if not more, to one’s criminal decision. This may be why very few people would actually consider crime as an alternative “work” when they lose their legitimate jobs. Most would look for help from their families, friends, and governments instead.

Relatedly, crime tends to be heavily concentrated among a small group of repeat offenders. For example, criminologist Marvin Wolfgang, Robert Figlio, and Thorsten Sellin analyzed criminal careers of approximately 10,000 boys born in Philadelphia in 1945 and found that only 6 percent of the boys accounted for more than 60 percent of all crimes committed. For most of the population who have not committed any crime at all, it is unlikely that temporary economic hardships will suddenly cause them to consider making money from crime.

On the other hand, for the small group of high-risk individuals, adverse economic conditions may still be an important determinant of the criminal decision. Economists Eric Gould, Bruce Weinberg, and David Mustard studied the relationship between crime rates and labor market conditions for young, unskilled American men (a demographic group with high offending rates). Based on the data between 1980s and 1990s, they find that young, unskilled men’s wage and employment rates are significant predictors of both violent and property crime rates.

Similar findings are reported from other countries as well. Using data from England and Wales between 1975 and 1996, economists Stephen Machin and Costas Meghir analyzed the effect of wage rates for unskilled workers on crime. Economist Paolo Buonanno also investigated the relationship between unemployment rates for young males and crime in Italy between 1993 and 2002. Both studies conclude that labor market conditions for young, male, unskilled workers are significant predictors of crime rates.

It would be interesting to see whether the empirical relationship between crime and labor market conditions is different between countries with and without a strong social safety net. (Do more generous government support programs keep disadvantaged youths from committing crimes?) The relationship may also be different in countries where criminal opportunities for young unskilled men are plenty (e.g., gangs, drug dealing, etc.), making it easier for them to make living out of crime. But this is an empirical question that needs to be answered by data from many different countries.