[Note: The exercise presented in this step requires Microsoft Excel. If you already know how to run linear regression using a different computer program, you can just skim through the instructions and move on. If you do not know how to run linear regression, it may be a good idea to learn more about it from other online courses in order to better appreciate research findings presented in later weeks. If you do not have Microsoft Excel and cannot participate in the exercise, just keep in mind the main point of this step: when you have data on two variables (say, crime and unemployment rates), it is very easy to visualize and quantify the relationship between them using a computer program. This exercise is optional after all.]

Let’s see how we can use Microsoft Excel to run a simple linear regression and obtain the best fitting line for the equation below.

Open the attached data file. This file contains unemployment and larceny rates from 200 largest U.S. counties in year 2000. County FIPS code is a unique identifier for each U.S. county. 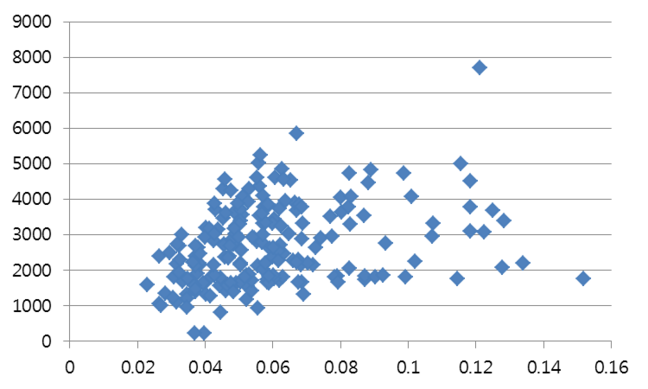 You should be able to obtain the figure below, and find that the best fitting line for our data is: 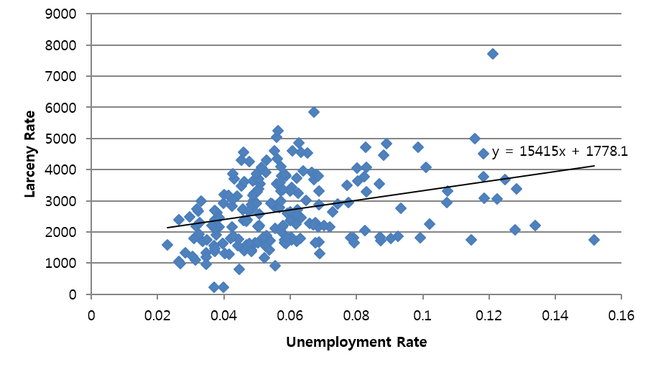