Sorry, this course will not run again. Browse other Nature & Environment courses.

Learn how sustainable energy from the Greek elements – Earth, Air, Fire and Water – can replace fossil fuels and nuclear power.

In recent decades there’s been increasing global concern about the sustainability of our use of fossil fuels and nuclear power, which has led to increased interest in more sustainable renewable energy sources.

These ‘renewables’ have been utilised for centuries, in water mills, windmills and wood stoves, but in recent years we’ve developed the technology to utilise these natural power sources on a much larger scale.

When you’ve completed this course you should have an improved understanding of how some key renewable energy technologies work and the contribution they might make to world needs.

All Open University Science MOOCs presented on FutureLearn are produced with the kind support of Dangoor Education.

0:17Skip to 0 minutes and 17 secondsThe ancient Greek philosophers believed that the universe was composed of four key elements, earth, air, fire, and water. I'm Godfrey Boyle, Professor of Renewable Energy at the Open University, and we've designed this four-week course as an introduction to the elements of renewable energy. We've decided to use the four Greek elements as a way of focusing our attention on some key renewable energy sources. In recent decades, there's been increasing world concern about the environmental impact and sustainability of our use of fossil fuels and nuclear power. Over the same period, there's been growing interest in developing cleaner and more sustainable renewable energy sources. These renewables have been utilised for hundreds of years in water mills, windmills, and wood stoves.

1:05Skip to 1 minute and 5 secondsBut in recent years, we've developed the technology to utilise these natural power sources at a much larger and more productive scale. Our journey begins with the earth. Almost all of our renewable energy sources are derived from the massive power delivered by the sun to the Earth. We'll introduce the concept of energy, discuss current world energy supply and demand, and look at the prospects of renewable energies being able to supply our demands. We'll also look at climate change, mainly caused by greenhouse gas emissions from burning fossil fuels, and show how moving to renewable energy could help reduce emissions and climate impacts.

1:43Skip to 1 minute and 43 secondsIn the second week, under the heading of air, we'll examine wind power, another technology that's been used for thousands of years to power ships and grind corn. Modern wind technology has enormously increased the potential of wind power to supply the world's electricity. We look at the latest wind turbines, the atmospheric processes that power them, the energy they produce, their economics, and their future prospects on shore and off shore. In the third week, under the heading of fire, we'll look at how we use the sun's powerful rays of heat and light in our buildings for space heating, water heating, and lighting, and how we could increase the solar contribution in the future.

2:25Skip to 2 minutes and 25 secondsIn the final week, under the heading of water, we'll look at hydropower, another technology that's been used for hundreds of years in traditional watermills. We'll show you how modern hydroelectric power stations now supply a significant proportion of the world's electricity using various types of water turbine. We'll look at the environmental impact of hydropower, its economics, and its future prospects. We hope that when you study the elements of renewable energy, you'll be inspired to investigate the subject in more depth and perhaps to use more renewable energy in your home, your workplace, or your community.

This course is intended for those with an interest in renewable energies, climate change and sustainable energy technology, and does not require any previous experience of studying the subject. 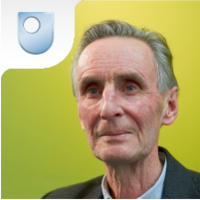 You can use the hashtag #FLrenew17 to talk about this course on social media.