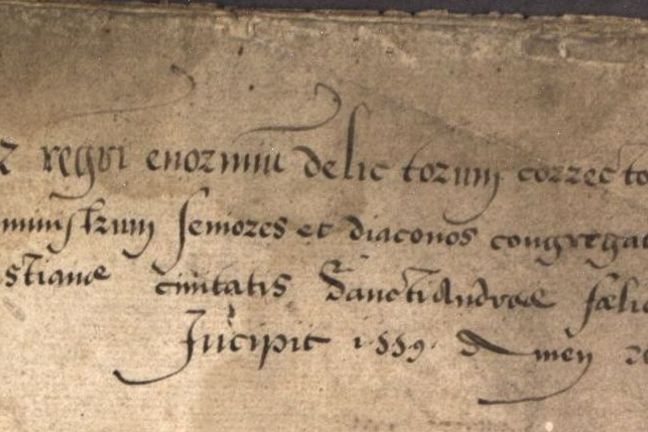 If you have completed all of the previous steps, you should now be familiar with the common traits of secretary hand.

However, even after practise, the handwriting of early modern Scots can still present challenges to the historian.

For example, capital letters are often prone to idiosyncratic flourishes; elaborate pen strokes can become jumbled; superscript marks may denote missing letters; or the ligature of the letter ‘h’ may be particularly confusing.

The links below provide optional further reading. They are also a useful resource when troubleshooting transcriptions.

The letter finder provides variants of each letter of the alphabet and includes the archaic symbols thorn and yogh.

Sample alphabets provides a breakdown of alphabets from the sixteenth to the eighteenth century.

Solutions to a number of other potential problems can be found below:

If you are struggling to read a word then break it down into its constituent letters. Taking a word letter-by-letter may help you overcome the problem.

If you are sure that you have correctly identified the letters in the word then the problem may be unfamiliarity with phonetic spelling, Scots or Latin words, legal terminology, or abbreviations.

For more on each, see the links below:

Beyond these issues, the historian can use internal evidence from the source at hand in order to identify patterns in the style of writing. Once you are able to identify how the writer produces a particular letter, word or phrase, repetition should allow you to piece together a workable transcription.

© University of Glasgow and the National Records of Scotland