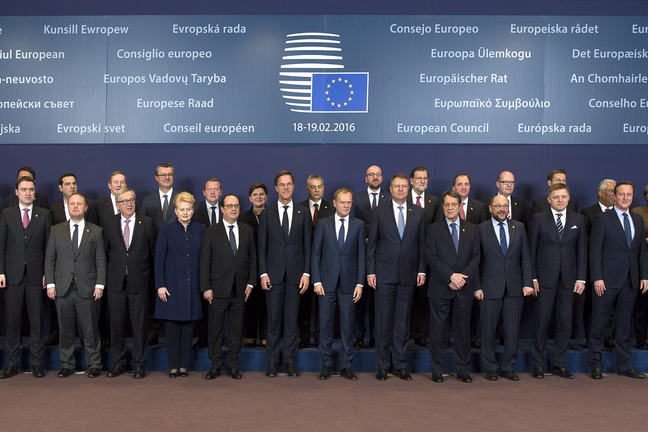 Anthony Salamone analyses the process for leaving the EU.

The UK’s withdrawal from the European Union will be complicated on several levels.

First, these are uncharted waters for the EU. No Member State has ever left the organisation. While territories such as Greenland have left the EU, those were very different circumstances. The territories were often physically separate from their home country Member State and relatively far from the continent of Europe.

Moreover, the Member State which with they are (or were) associated did not leave the EU, so many potential issues did not come up. In any case, the UK is completely different. It is currently the second largest economy in the EU, a powerful force and one of the ‘big Member States’. The whole process will be new, and therefore it is difficult to know how everything will actually work.

Second, the procedure to withdraw from the EU is rather vague. The exit clause is Article 50 of the Treaty on European Union. Beyond the rough sketch of how the process should run and the two-year negotiation limit, there is very little detail on how it will exactly go.

Now, the EU is no stranger to making things up as it goes along. The difference here would be that it’s not for the benefit of all 28 members. The concern for the UK would be that the remaining 27 could indeed make the rules up as they go along - in their interest, not the UK’s. However, it’s premature to say that the EU will act in a retributive fashion. You may hear all sides talk about ‘good faith’ quite a bit.

Third, the UK doesn’t know yet what it wants from the negotiations. At a minimum, that picture will start to emerge once the new government is in place. However, this is a major constitutional issue. It is possible (though not guaranteed) that the government will listen to a range of actors, including Parliament, the devolved institutions and other political parties, as part of the internal deliberations on future relations with the EU.

Fourth, the EU (that is, the remaining 27) will have its own interests to defend. They will presumably want to preserve the rest of the EU as best they can, which may guide how they approach the negotiations. That is not to say that all the remaining Member States will agree on everything about the UK’s negotiation.

Germany, as arguably the most powerful remaining member, will have an influential role in the process. Ireland, for instance, as a country very much affected by the UK’s exit, might also be listened to closely. We will know more as the politics of diplomacy take shape.

All of this does not mean that a successful negotiation is not possible. It does mean that it will be complicated, time-consuming and a long process.