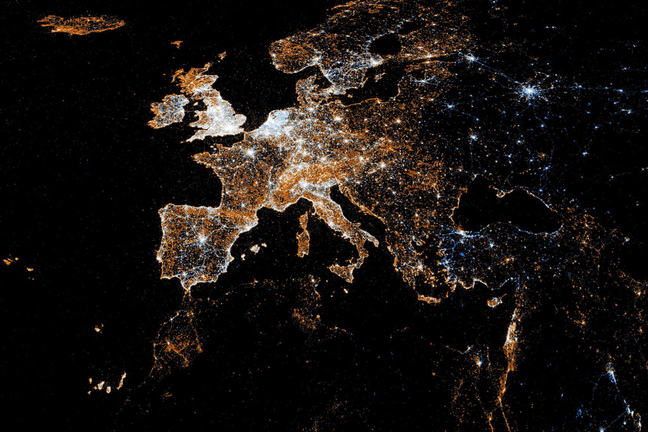 What are the borders of Europe?

Before we examine European culture as constructed by the EU, let’s think about borders.

In this course, we examine the roots and borders of the idea of Europe. Basically, we try to answer the question: ‘how have we come to think about Europe the way we do?’ We ask about the idea of Europe, and its border: what is it, and where does it stop? Such limits are not only physical, but also mental and cultural constructions.

Even demarcating Europe as a continent isn’t as easy as it may seem. You may have learnt that Europe is the space between the Arctic Ocean in the north, the Atlantic Ocean in the west, the Mediterranean Sea in the south and the Ural mountains in the east. According to such a geographical definition, Cyprus is part of Asia - yet it is an EU member-state. In a similar vein, many European countries have overseas territories that are not part of Europe. And at the same time, some geographical imaginaries of Europe include parts of Kazakhstan.

The French philosopher Etienne Balibar has a different idea of what he calls Europe’s ‘borderlands’.

To territorialise Europe as such - that is, to assign a certain territory to ‘Europe’ - is a political act. It includes the western, most populated parts of Russia, but excludes most of Turkey; it includes the west of Kazahkstan, but often excludes the Caucasus countries. Sometimes, these visualisations ignore the Spanish cities of Ceuta and Melilla, which lie just across the Strait of Gibraltar, surrounded by Morocco. If they’re not ‘Europe’ geographically, are they culturally or mentally? And, extending that question, are there elements that are geographically European, but not culturally or mentally?

For this reason, we shouldn’t think of borders as only geographical. Ideas and culture have borders, too. Etienne Balibar has drawn attention to this in many of his works. He argues that increased security, whether at an airport or in the Mediterranean Sea, to prevent immigrants from coming to Europe also forms a border: it is where the idea of Europe as a fortress becomes apparent. It is where people say: you do not belong with us.

Borders denote closure and exclusion. Balibar argues that - however fixed we imagine borders to be - they, in fact, never are. Paradoxically, it might just be that where there are no physical borders, it is more difficult to overcome cultural ones. It is common to hear far-right politicians referring to Europe as a white and Christian continent, even though our daily experience is likely to contradict that idea.

When we looked back at this course’s trailer, we noticed all people who feature in it are white. This ran contrary to our intention, which was to not repeat those practices we are critical of in this course. Despite those efforts, our trailer does represent Europe as a white space. Thus, we reinstill a cultural or ethnic border.

In a 2004 lecture in Nijmegen, Balibar proposes that ‘borderlands’ instead denote open spaces where opposites flow into one another. Borderlands do not create contradictions, but rather acknowledges that two opposites can both be present in the same situation. You might think here about Istria: throughout the ages, this Croatian region been influenced by Germanic, Italian and Ottoman culture, creating a true cultural borderland. Thus, we can see that Balibar’s idea of borderlands has important political implications - some of which we’ll come to discuss later in this course.

Balibar writes in a difficult style. If you want to know more and find you are up for a challenge, you can download Balibar’s full lecture here. The first full paragraph on page 23 gives a good overview of his text and his argument. If you’re interested in more of his work on borders, we recommend his book We, the People of Europe?.