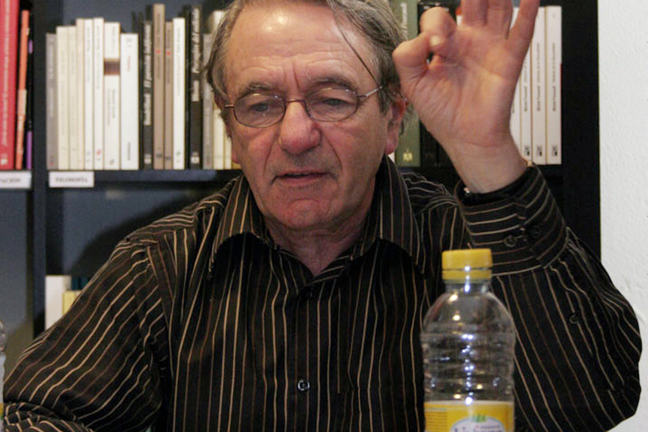 In 2004, the English translation of Jacques Rancière’s book The Politics of Aesthetics was published. In this book, Rancière, a French philosopher, talks about the ‘distribution of the sensible’. Culture, in his view, shapes what is possible for humans to think, see, say and do.

Art, quite literally and rather fundamentally, determines our lives. Politicians may treat an issue or crisis in a certain way, and in doing so make presuppositions that do not have to be made explicit. This is one example of what Rancière calls the distribution of the sensible: what can be seen, what can be perceived, in what framework are observations placed. Rancière perceives of political parties as belonging to what he calls the ‘police order’ that aims to maintain a certain distribution of the sensible, namely the one in which they operate and thrive.

Rancière argues, however, that an art work has the power to upend and change this specific distribution: it can change how we think about the issue. Art can envision new ways we can do things or change a discussion. Photography is a very accessible art form, and we know many examples where a powerful photograph impacts on a particular crisis. You could think here of the images of the young Syrian boy, Alan Kurdi, who drowned early September 2015 while trying to come to Europe with his family. These images changed the way in which people approached the so-called refugee crisis, away from more abstract political motives to individual consequences.

If you are interested to read more, uou can find The Politics of Aesthetics here. Be aware that Rancière’s prose isn’t the most accessible. Some notes on Rancière’s ideas you can find here.