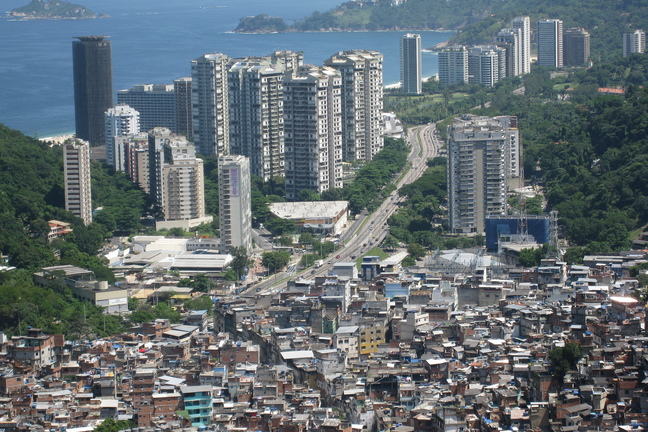 Inequality in Brazil: Rocinha favela next to the city's skyscrapers

Inequality, Europe and the world

In the previous videos, Dr Alberto Godioli and Dr Clemens Six discussed two important elements when it comes to (in)equality: on the one hand, social pressures to conform to societal norms and, on the other, the relations that exist between Europe and the world. In this article, we combine their critiques.

There are unequal power relations between Europe and the rest of the world. Only three countries in the world have not, at some point in their history, been (partially) colonised by European powers - Japan, Siam or Thailand and Liberia. European imperialists recreated the world in their own eyes. The result was the concentration of wealth in a small number of metropolitan centres, prime among them London and Paris, and a vast number of peripheral, colonial subjects.

Power was concentrated in the centre, and from the periphery colonial powers took wealth, goods and people and redistributed those over the globe. But the effects of colonialism were not only economic; they were also cultural. Pupils in schools in British India or the Dutch East Indies (Indonesia) were supposed to be able to locate, say, Southampton or Groningen on a world map. Meanwhile, their English or Dutch counterparts were not asked to learn the names and places of minor colonial cities.

This inequality relates until the modern day, with European countries - but also, of course, the U.S. - still occupying privileged positions. For instance, a prize like the Nobel Prize for Literature awards mostly European and other Western authors; laureates from non-Western countries all write literature in the European sense of the word. Elsewhere, Western diplomats occupy key positions in the World Trade Organisation (WTO) and the International Monetary Fund (IMF). Yet, in recent years, Russia under Putin has manifested itself more clearly in global politics, and the 21st century is said to be Asia’s or China’s century.

These are challenges not only to the established political, economic and cultural order. They also affect Europe’s idea of itself and its sense of its place in the world. These will have to be renegotiated in the coming decades.