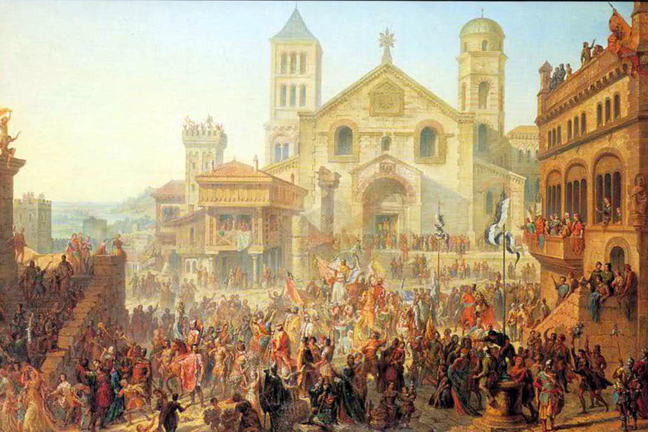 In this article, Ulrike Guérot presents a new vision for Europe. She proposes the idea of a European Republic as a solution to the present political organisation of the European Union, discusses what Europe is and how to construct Europe based on a principle of equality for all its citizens.

Ulrike Guérot argues that Europe is caught in a vicious circle, where a surveillence society looms as a dark prospect, as does the idea of right-wing populists in power. To tackle this, she proposes a European Republic, a ‘network of towns and regions’. No longer will Europe be governed by nation-states, but by a large number of smaller-scale entities that at the same time look beyond their borders..

She uses the word ‘republic’ in its Medieval sense, meaning ‘the embodiment of a transnational community and legal system.’ This is what Europe should again be: a combination of communities that are able to look over their own borders and work together. As she keeps saying: ‘we measure on a national level things that can no longer be measured on a national level.’ The solution is a European Republic.

In the following step, you will come up with your own reform proposal!