This content is taken from the University of York's online course, Exploring Everyday Chemistry. Join the course to learn more.
View course
2.5 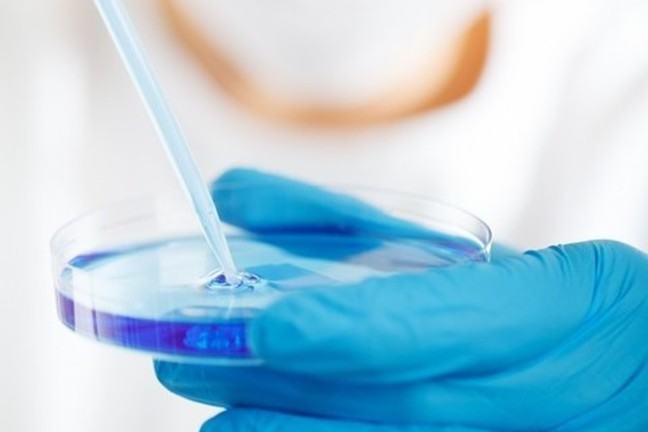 An introduction to penicillin

Despite having been discovered almost 90 years ago, penicillins and related compounds, called cephalosporins, remain the most widely-used antibiotics in the world, accounting for nearly 60% of all total antibiotic consumption. From 2000 to 2010 global antibiotic use rose by 36%, and research and study into antibiotics and resistant bacteria continues as an essential and evolving science.

To understand how penicillins work we will first explore their general structure followed by their original synthesis. A considerable amount of work went into determining the structure, which was finally solved by Dorothy Hodgkin in 1945 using a technique called X-ray crystallography.

There are many types of penicillin, all of which belong to a larger family of antibiotics called β-lactams. The name is derived from their central ring structure – a 4-membered ring consisting of a cyclic amide called a lactam. β is the second letter of the Greek alphabet and is placed as a prefix before lactam to show the nitrogen atom of the cyclic amide is bonded to the β-carbon i.e. the second carbon away from the carbonyl (C=O) carbon.

Meanwhile the α carbon of the β-lactam ring forms a bond to the nitrogen of a second amide group, represented as –NHCOR. The symbol R stands for a range of different structures, each of which results in a slightly different analogue of the penicillin family of compounds.

Bonded to the β-lactam ring is another ring structure – a thiazolidine. This 5-membered ring contains a sulfur atom, from which we can start numbering. Counting to the third point of the ring we see a nitrogen atom. Attached to the thiazolidine ring are two methyl groups (CH3) and a carboxylic acid group (–COOH). When two rings are fused together, like those in penicillin, we call it a bicyclic compound.

Now that we know the general structure of penicillins, we will consider how to make them in the lab. With so many functional groups, three chiral centres, and two linked rings, this is not straightforward. Particularly, when we consider how strained the four-membered ring is – try making a molecular model and you will see how tricky it is to join the atoms together (you will see that it’s overall shape is similar to a half-opened book).

We will look at part of the first ever laboratory synthesis of penicillin V by a research group lead by John Sheehan. Penicillin V contains a phenoxymethyl group, (PhOCH2)–, as its variable R group.

It was relatively easy to make the penicilloic V acid, but the difficult step in the synthesis and the part that baffled scientists who worked on penicillin production during World War II was the closure of the β-lactam ring. The strained four-membered ring is susceptible to breaking apart in even slightly acidic or basic conditions. Therefore, Sheehan and his team had to develop a very mild method for forming the amide bond at room temperature and at neutral pH.

You will see that we need to lose water from penicilloic V acid, in a dehydration reaction, to make the 4-membered ring. To achieve this, Sheehan used a reagent called N,N’–dicyclohexylcarbodiimide or DCC.

This compound was found to activate the carboxylic acid group in the penicilloic V acid by converting the OH group into a good leaving group.

At the time, this method of forming amide bonds, using DCC, was a groundbreaking discovery in synthesising penicillins. Although not useful for the mass production of penicillins (the overall synthesis is too long and inefficient), this approach allowed the formation and biological screening of penicillin analogues (with different R groups).

Since 1957, most penicillins are made on an industrial scale using fermenters where penicillin-producing fungi are incubated. Penicillin producing Penicillium chrysogenum fungi are isolated and placed into a fermenter. A source of nutrients is added in the form of carbon containing sugars, such as glucose, and nitrogen containing ions, such as nitrates (NO3–). Sterile oxygen is pumped into the fermenter in order to encourage aerobic respiration of the fungi (a series of reactions, that requires oxygen, in which energy is released from glucose). The fungi will grow initially and then begin to produce penicillin, which is extracted and any impurities removed.

Interestingly, penicillin is only produced when the growth of the fungi is inhibited by stress (factors causing stress include increased temperature or salt levels). If possible, the fungi will use available nutrients to grow, however when this is not possible penicillin is made instead as a defensive measure. Therefore, when the fungi is grown in industry it is put under constant stress and the pH, nitrogen and oxygen levels are monitored to ensure that penicillin is being produced.

In the lab, DCC (used above, to make penicillin V) is now routinely used as a dehydrating agent, to remove water from organic starting materials to form useful products. For example, reaction of a carboxylic acid (RCOOH) with an alcohol (ROH) in the presence of DCC produces an ester (RCO2R), on loss of H2O. Alternatively, an ester can be formed by heating the carboxylic acid and alcohol in the presence of a drying agent, or desiccant, such as anhydrous magnesium sulfate (MgSO4). Magnesium sulfate has hygroscopic properties, meaning that it attracts and absorbs the water as soon as it is formed.

Drying agents come in various forms and have found widespread use in the foods, pharmaceuticals, packing and electronics industries. For example, look out for those small silica gel pouches in purses, handbags and shoeboxes, that absorb and hold water vapour from the surrounding air. Interestingly, uncooked dry rice grains act as a desiccant, and its ready availability has found use in, for example, rescuing some wet mobile phones from water damage. Some are not convinced it works, and others say other desiccants are more effective, including certain types of cat litter! Has anyone had any first hand experience of using desiccants, perhaps when storing seeds or drying flowers, or using rice to dry a mobile device?

Finally, did you know that finely powdered sugar is hygroscopic? This explains why cookies go soft on standing – the sugar in cookies sucks moisture from the air. Different types of sugars are used in different amounts to produce a crunchy crisp cookie versus a soft, chewy cake.