This content is taken from the University of York's online course, Exploring Everyday Chemistry. Join the course to learn more.
View course
3.12 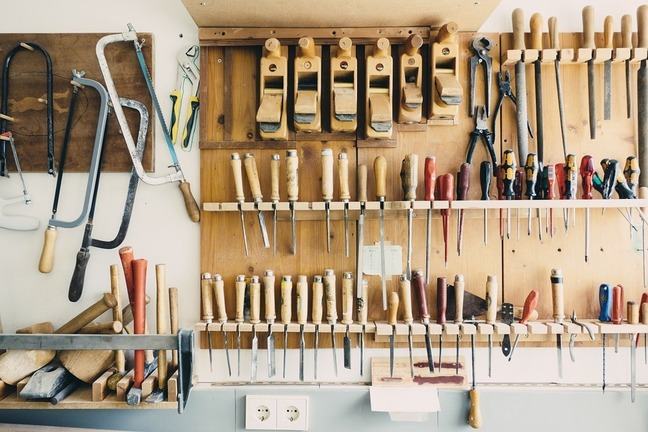 The free radical theory proposes that ageing is the cumulative result of oxidative damage to the cells and tissues of the body, caused by free radical reactions.

Tools of the trade: a further look into free radicals

The mechanism of the reaction between phenol and a H–O• radical is shown below. For the abstraction of the hydrogen atom (in pink) by the hydroxyl radical (in green), the O–H covalent bond in phenol must be broken and a new covalent H–O bond in water must be formed, represented by three single-headed curly arrows.

The driving force for the reaction can be explained by bond strengths – the O–H bond in phenol is weaker than the O–H bond in water (i.e. a weak bond is broken in a reactant to form a much stronger bond in a product). Alternatively, you could consider the stabilities of the two radicals – the reaction progresses to convert a reactive radical into a more stable radical. The phenoxyl radical (PhO•) is more stable than the hydroxyl radical because the unpaired electron can be spread around the benzene ring, through resonance. To show this, it is better to use the Kekulé structure of the benzene ring – as shown below, notice that the unpaired electron is stabilised by delocalisation. 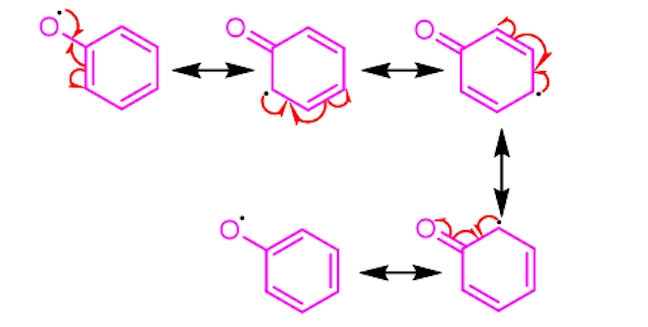 Finally, radicals are destroyed when a covalent bond is formed from the reaction of two free radicals. This is called homolytic bond formation and is known as a termination step, because it converts reactive free radicals into non-radical products.

To show the formation of a covalent bond between the oxygen (in blue) and hydrogen (in green), a single-headed curly arrow is drawn from each atom and they meet in the middle.

Because of their high reactivity, oxygen-centred free radicals, such as HO•, can cause damage to cells in the human body, which can result in disease. We will learn more about this in the following section.