This content is taken from the University of York's online course, Exploring Everyday Chemistry. Join the course to learn more.
View course
2.6 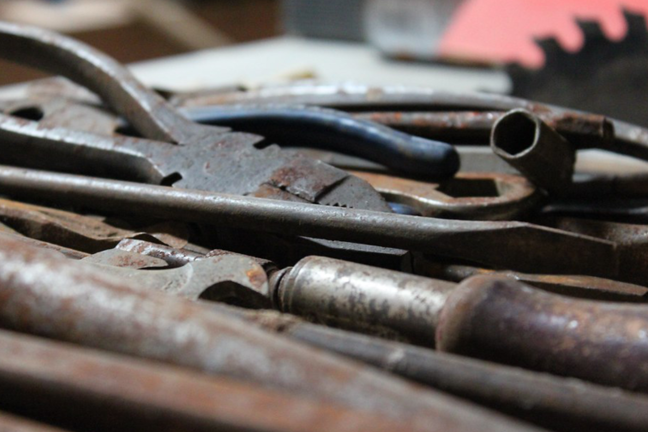 One of the most important reactions in organic chemistry is nucleophilic acyl substitution (sometimes called nucleophilic addition–elimination reactions). A good leaving group is replaced with a nucleophilic group, to convert one carboxylic acid derivative into another. For example, reaction of an acyl chloride (RCOCl) with ammonia gives a primary amide (RCONH2).

In order for nucleophilic acyl substitution to take place we first need a nucleophile (sometimes called a Lewis base). The nucleophile is an electron-pair donor. For example, a negatively charged ion, such as hydroxide ion (HO:–), or a neutral compound with a lone pair, such as ammonia (H3N:).

Sometimes deprotonation occurs before the leaving group is expelled If we use a different nucleophile, namely an excess of ammonia (NH3), then a primary amide (RCONH2) is formed. The lone pair on the nitrogen atom of ammonia attacks the electrophilic carbon of the carbonyl and a pair of electrons moves onto the oxygen atom, just as before. However, to form the amide, a second equivalent of ammonia is needed to deprotonate the positively charged nitrogen atom, so that a chloride ion is ejected to re-form the C=O bond. (Notice that when ammonia donates its lone pair of electrons to an atom other than hydrogen it acts as a nucleophile. When ammonia donates its lone pair of electrons to hydrogen (or H+) it acts as a base.) β-Lactams are strong electrophiles
From our observations of the stability of amides we might assume that the β-lactam ring of penicillin would not be susceptible to nucleophilic attack. However, delocalisation of a lone pair of electrons, from nitrogen to oxygen, would form a highly unstable molecule. If you have a molecular model kit then try to make a double bond in a four-atom square! You’ll find that this is very difficult and as such would require a considerable amount of energy to achieve. So, unlike normal amides, the β-lactam carbonyl group is much more electrophilic (it is more δ+) and more susceptible to nucleophilic attack. This helps explain why penicillins can form penicilloic acids, under mild conditions, in an aqueous environment – we will see that their β-lactam ring is broken through a nucleophilic acyl substitution reaction.