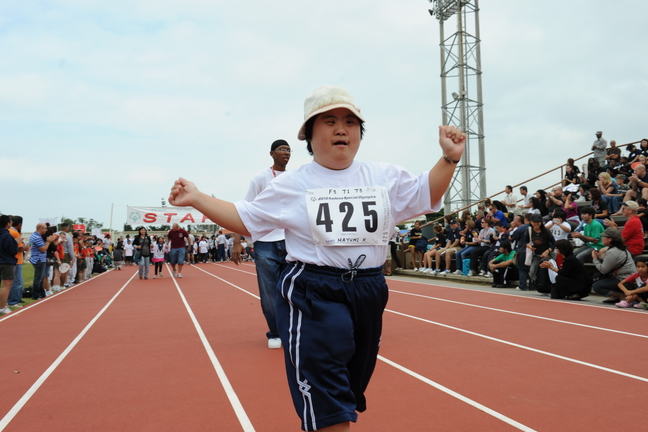 Exercise plays an important role in the treatment of specific clinical paediatric populations. In this step we will discuss the evidence supporting exercise for three populations; children with Cerebral Palsy, children with Down Syndrome, and children with type one diabetes mellitus.

Children with cerebral palsy struggle with limited motor function, and as a result are less physically active than their typically developing peers. It is therefore extremely important for these children to engage in physical activity in order to develop healthy lifestyles as adults. Despite generally having a BMI within the healthy range, research conducted in the Discipline of Physiotherapy in Trinity College has found that children with cerebral palsy are at a greater risk of the metabolic syndrome than their typically developing peers. Gross Motor Function Classification levels should be taken into account when prescribing exercise, and resistance exercise can be included in the exercise prescription.

Overall research has concluded that there is a need to individualise exercise prescription for children with cerebral palsy. This re-emphasizes the fact that guidelines for physical activity can guide, but it is your knowledge and how you apply it to your patient which has the potential to effect health change.

For children with Down syndrome there are unique risks associated with physical activity. This population often present with cardiac problems and may have cervical spine instability. A thorough medical history and examination should help evaluate whether this is the case and activities should be modified accordingly. Despite these potential limitations, exercise participation in children with Down syndrome is vital to reduce the risk of cardiovascular disease, excess weight and obesity, and can help improve psychosocial parameters.

Children with T1DM have at least twice the risk of developing cardiovascular disease compared with those who do not have diabetes. Physical activity promotion from an early age is therefore essential for this population. Many patients and carers are anxious about the possibility of having a hypoglycaemic episode as a result of engaging in physical activity. This is of course possible, especially in those with poorly controlled diabetes. However, in a large meta-analysis of exercise interventions in children with T1DM only mild hypoglycaemic episodes which varied in frequency were reported. Although most participants had at least one episode during or after exercise, the positive effects of regular physical activity outweigh the negative effects of a mild hypoglycaemic episode in this population.

Exercise has the potential to benefit children with T1DM in several ways.

Research has shown that activities which are social are often preferred and adhered to for longer among clinical paediatric populations. There are several opportunities for children to exercise, however these may not be suitable for certain children.