This content is taken from the National Film and Television School's online course, Explore Animation. Join the course to learn more.
View course
1.4 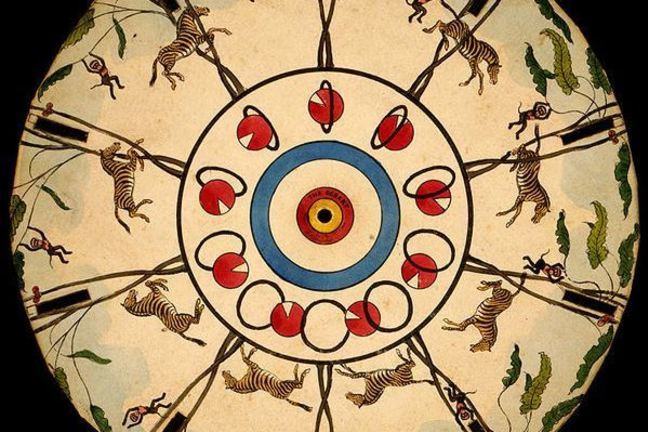 Animation works by using an optical illusion. By presenting a sequence of still images in quick enough succession, the viewer interprets them as a continuous moving image. This is the same principle that enables live action film making and projection to work. Film theorists often refer to this illusion of movement as the persistence of vision.

Persistence of vision works because the human eye and brain can only process 10 to 12 separate images per second, retaining an image for up to a fifteenth of a second. If a subsequent image replaces it in this period of time it will create the illusion of continuity.

The use of animation techniques to create moving images predates conventional cinema. Devices like the phenakistoscope (disk pictured above) and the zoetrope used the basic principles of animation to provide entertainment in the 19th century. 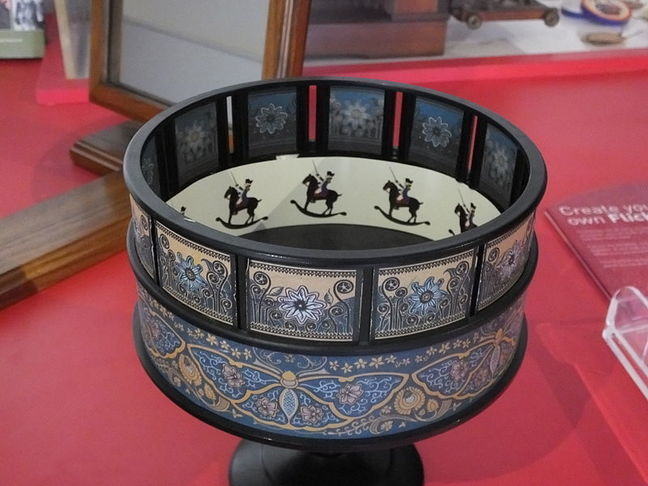 A sequence of images printed on a spinning drum or disk provide the illusion of continuous motion when viewed through a slot in the drum or on a secondary moving disk. The slot acts as a shutter momentarily freezing the image. A traditional cinema projector works on the same illusion by actually stopping the film frames.

Understanding persistence of vision helps animators to create smooth and lifelike animations in the most efficient way by showing the viewer just enough frames to create the sense of motion. In animation, moving characters are often shot “on twos”, which means one image is shown for every two frames of film, a total of 12 drawings per second. Although this is just on the limit of our ‘persistence of vision’ it is usually satisfactory for creating smooth and lifelike animation. 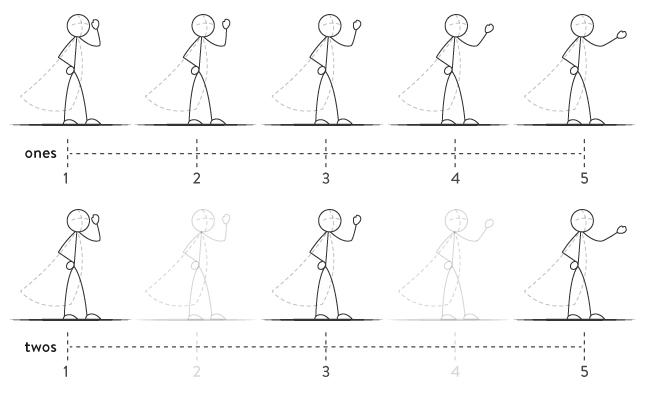 However, when a character is required to perform a quick movement, it is usually necessary to revert to animating “on ones”. Alternating the two techniques keeps the eye fooled without unnecessary production cost. Cheaper cartoons often work on “threes”, or even “fours”, i.e. three or four frames per drawing. This translates to only 8 or 6 drawings per second.