In both arable and horticultural crops, ‘yield defining factors’ are inputs that increase the size of the harvest as long as other uncontrollable factors don’t intervene. The expected yield, which farmers use to plan their activities, is affected by factors the farmers cannot accurately predict, such as climate.

Other unpredictable factors include disease and weed outbreaks, animal and insect pests, and microbial and fungal infections. Farmers deal with this uncertainty by using agrochemicals – a name for a range of substances including herbicides, insecticides, antimicrobials and fungicides. They use machines and technology to optimise application [1] (Figure 1). 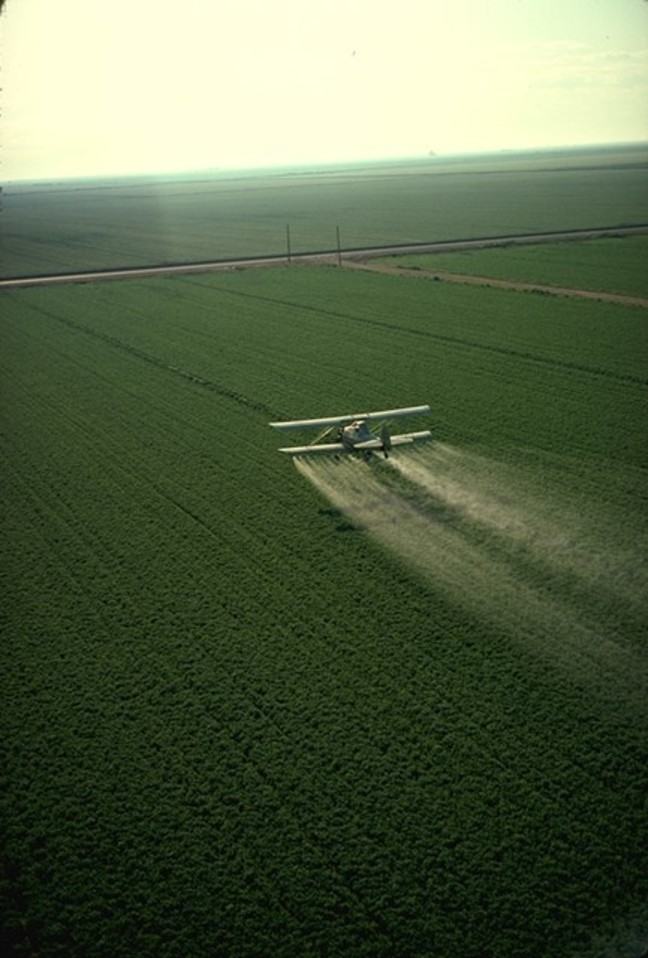 While agrochemicals have helped farmers achieve record yields with minimal inputs, the practice has come at a cost. A vicious cycle has been created by the use of large amounts of artificial fertiliser, which increased dependence on pesticides, and in turn caused disease resistance and damage to the environment and human health [2]. And the world’s stocks of the most important component of artificial fertiliser (phosphate) are running out. Deforestation, erosion, shortage of fresh water, pollution of air and seawater and climate change will complicate matters even further.

For these reasons use of agrochemicals is now controlled and regulations direct when and how they should be administered on a field by field basis, with the aim of reducing dependency [3]. You can see how widespread the pesticide-vulnerable regions are in Figure 2. 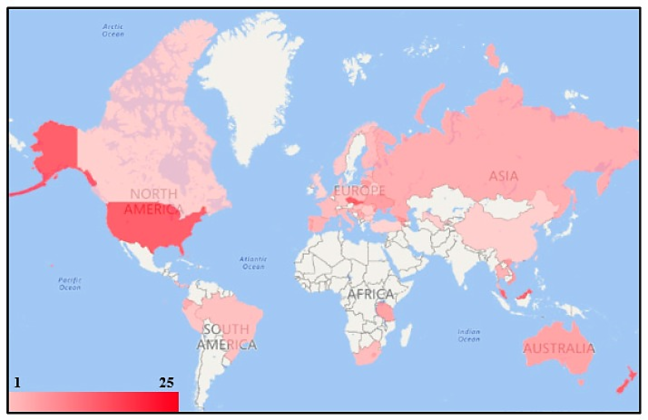 Figure 2: Geographic distribution of the nations that regulate the 25 historical and current widely used pesticides by Zijian Li Source [4]

As you saw in Step 1.12, the need for effective alternatives has led researchers to test and apply practices that use new technologies, or more integrated approaches to achieve the same results. These include direct interventions such as making the field an unfavourable environment for pests [5], or introducing infertile same-species individuals to prevent reproduction of pests [6].

Crop protection with more integrated solutions takes account of the whole life cycle and options include rotation of crops with different nutritional needs, or purposefully releasing insects or organisms which will fight the main pest. Farmers increasingly use biological control organisms such as predatory mites, wasps and nematodes, as well as fungi, bacteria and even viruses as a means of biological pest and disease control [7]. These are used either as a direct competitor to a disease or by increasing seed resistance as it enters growth stage, making it resistant to drought and disease [8].

In Integrated Pest Management (IPM), farmers are encouraged to use biological control when they can and chemical control when they must. For the success of an IPM plan, farmers must perform frequent and systematic inspection of their plants (this is called scouting). Early detection of pests and diseases leads to timely action when their levels are low and treatments are most effective. These techniques reduce dependency on pesticides and although they may not increase profit margins, can be equally as effective as agrochemicals and provide more sustainable long-term solutions [9].

Parameters for successful future technologies in horticultural and arable farming

Making farming systems resilient is vital for the sustainability of crop production. Holistic approaches consider seed, roots, soil health, and the plant above the ground and maintain the plant’s natural defences. Crops are naturally self-regulating and can adapt their growth to ensure viability of the whole plant. Intervention is still necessary at times, especially to sustain the ‘growth defining inputs’ such as nutrients and water, but the aim is to have limited impact on the ‘natural’ balance. Another way to improve plant resilience is to apply beneficial micro-organisms to the roots, as we saw in Step 1.13 (technology number 4) [10] [11].

Biodiversity is the variety of life present in an ecosystem, either in terms of genetics or in the number of different species. Interaction between different types of organisms can help the plant access vital nutrients. Rapid climate change and the accelerated loss in biodiversity have put both agricultural yields and the planet at high risk in terms of food safety and security. So it is vital that we produce food in ways that fit with natural ecosystems, thereby preserving the state of the environment [12]. By reducing the use of fertilisers and pesticides, the productive capability of land is preserved, and organisms such as insects and worms can contribute to the ecosystem functions that are necessary for plant growth [13].

One third of all our food – fruits and vegetables – would not exist without organisms called pollinators which fertilise flowers. Pollinators include bees, pollen wasps, ants, flies, mosquitoes, butterflies, moths and flower beetles (Figure 3). Pollinators are also responsible for the pollination of vital animal fodder, such as clover. Globally we are facing a huge decline in pollinator populations. Diseases, degradation of the environment, loss in biodiversity, toxic residues from chemical pesticides and intensive cultivation of single crops have all led to this crisis and maintaining populations of pollinators is critical for food security in generations to come. No further increases in yields will be possible without them [14] [15]. 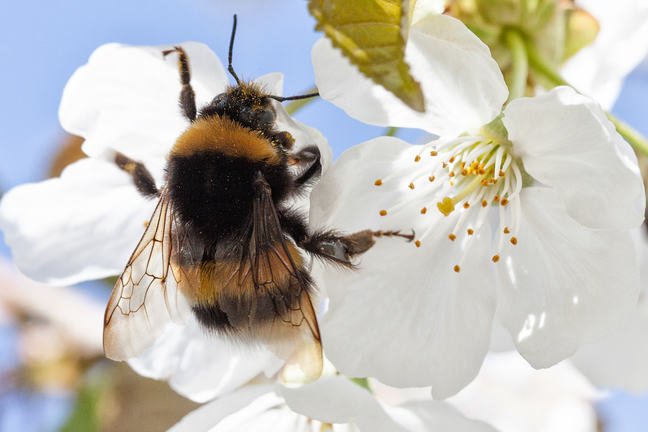