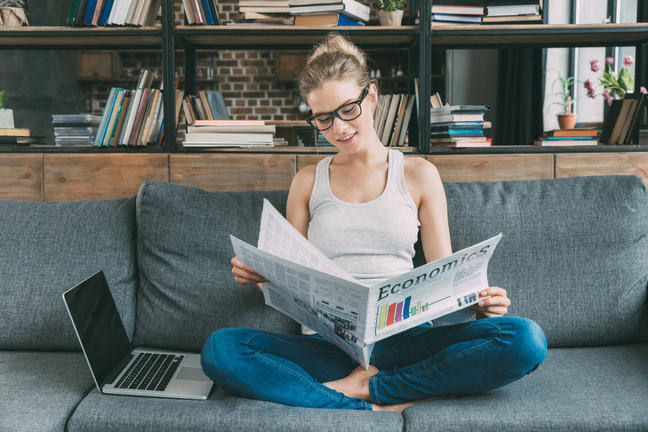 We have created a glossary to help you with some economic terms used in this course that you may be unfamiliar with. You will also find a downloadable PDF version of this glossary in the downloads section at the end.

Economic Growth: An increase in national output of goods and services (GDP measured in constant prices).

Employment to Population Ratio: The number of employed people divided by the total population.

Entrepreneurs: People who start a business with at least some of their own money and/or assets.

GNI (Gross National Income) (per capita): GNI is the amount earned by residents of a country from the sale of goods, services or assets; and GNI per capita is GNI divided by the country’s population.

Human Development Index (HDI): A summary measure of a country’s performance across three indicators: life expectancy, education and average income (before tax) of all individuals in the country.

Human Development Index - Inequality-adjusted (IHDI): HDI adjusted for the degree of inequality of each of the three indicators in HDI; the more inequality the lower the value of IHDI.

Inclusive Growth: Economic growth that does not cause further inequality in society.

Industrial Revolution: The period from about 1820 to 1840 when new technology allowed manufacturing processes to become more efficient.

Innovation: The application of new technology to the production of goods and/or services.

International Monetary Fund: An organisation jointly governed and funded by 189 members and whose mission is to ensure the stability of the international monetary system.

Labour Productivity: Output of goods and services divided by the number of persons employed.

Living Standards: A country’s aggregate consumption of goods and services divided by the population (i.e. per person).

No-growth Zone: A period of time during which a country experiences zero economic growth.

Social Mobility: Social mobility occurs when people are able to move to higher status positions in society, defined in terms of income, wealth, education, employment, and other markers of position in society.

Terms of Trade: The ratio of a country’s average export prices to its average import prices, measured in a common currency.

United Nations Development Program: A set of strategies and projects run and funded by the United Nations that provides advice, training and grants to the least developed countries.

Well-being: The average level of subjective satisfaction of a country’s residents, typically according to 7 indicators: economic, environmental, physical, mental, work, social and political. Countries may differ somewhat in the choice of indicators and the method of measuring them.

World Economic Forum: An independent not-for-profit foundation, headquartered in Geneva, that promotes public-private cooperation to improve the state of the world.