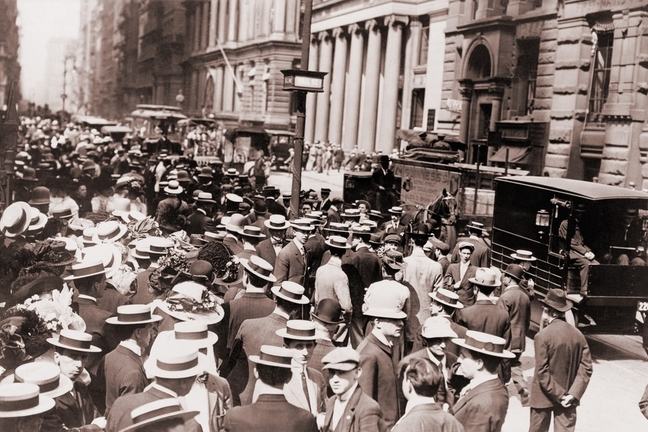 In a macro (ie aggregate) perspective, this idea of creative destruction explains the transformation of an economic system over time. Consider for instance the U.S. economy.

Between the early 1900s and early 2000s, GDP per capita in the US increased by approximately 12 times. This remarkable economic development was accompanied by a dramatic change in the structure of the economy.

At the same time:

All of these professions simply did not exist (or were very small) in the early 1900s (find more data via Creative Destruction: The Concise Encyclopedia of Economics).

How creative destruction can impact individuals

The problem, and policy challenge, is that this recycle was most likely only partial; that is, not all those workers who lost their job in the farming sector went on to become engineers, bus drivers, computer programmers, or electricians. For many, the process of creative destruction, so essential to the development of the economy as a whole, involves permanent losses.

In other words, to be able to develop, the economy must be ready to accept that some, perhaps many, individuals might be worse off. This obviously poses a dramatic policy challenge: how do we strike a balance between the winners and the losers of creative destruction? Before we tackle this question, we need to understand a bit more about the mechanics of creation and destruction, which we will look at in the next activity.

Do you know of any other examples of countries whose economy has undergone transformation due to creative destruction? What about examples of individuals you know of who have been impacted? Share these examples in the comments below.