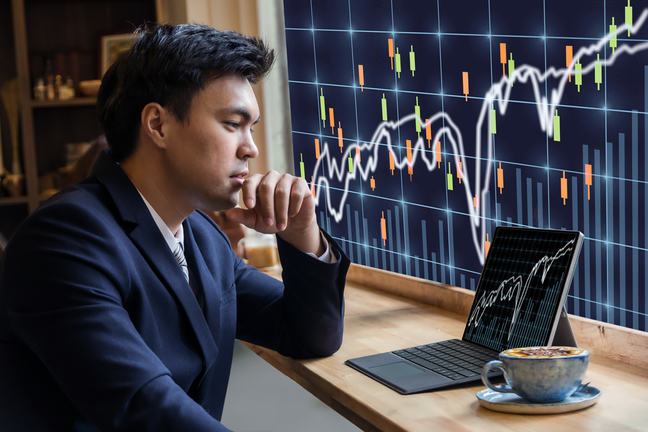 Do you predict a future where machines have replaced humans?

While this is a popular view, it is not necessarily true and unemployment is not necessarily going to rise because of automation. However, the process of innovation makes for a very dynamic job market. Each day some jobs are lost and new ones are created.

The dynamics of the labour market are probably one of the most evident signs of how creative destruction operates. When a new idea, discovery, or technology is brought into the economy, new sectors rise and old sectors decline. In the rising sectors, jobs are being created while in the declining sectors jobs are being destroyed. Think back to an earlier example we discussed on this, in relation to the U.S. railroads industry. Employment first expanded to two million and then shrunk to 200,000 units, following the discovery of new ways to transport goods and people.

So, what of a fourth industrial revolution?

This may need to occur to guarantee long-term growth and ensure that the living standards of future generations continue to improve. If so, workers would have to be prepared to relocate from one sector to another. In other words, the very process that is required to sustain long-term growth also implies that the average job in the economy will be less safe.

In this context, it is interesting to look at the current status of the Australian job market. Using data from the Australian Bureau of Statistics, we can compute the number of jobs created and destroyed by looking at the annual change in employment across 19 industries, including agriculture, manufacturing, financial services and public administration. The diagram below reports the total of jobs created (“creation”) and lost (“destruction”) in every year since 1986. 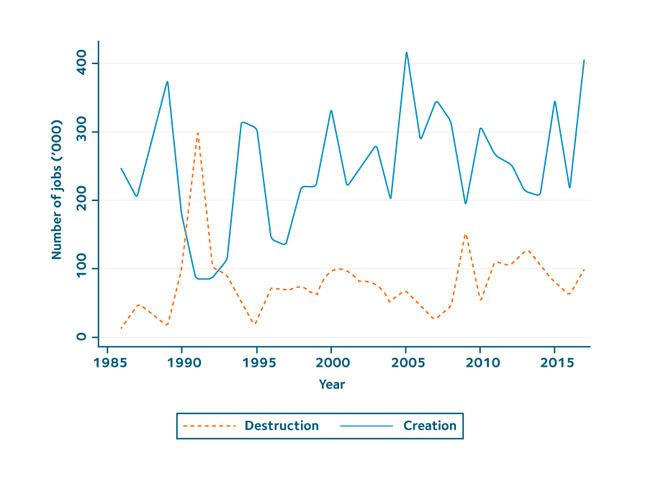 What we can draw from this data?

So, while Australia as a whole has continued to witness an increase in total employment, the number of people who have lost their job at some point in time has also increased.

The increase in job destruction implies less job safety for the average Australian. However, the good news is that Australia is not just destroying jobs. It is still creating new jobs at a sufficiently fast rate. This ensures a net increase in the number of jobs in the economy. In other words, while structural transformation is making jobs somewhat less safe, it is also making it easier to find new jobs if the old job is lost.

Listen to the Podcast “How Safe is Your Job?”.

Read the article “What jobs will still be around in 20 years?”

In the comments, add your opinion on what you think jobs of the future will be.

Hajkowicz, S. (2016). Automation won’t destroy jobs but it will change them. Retrieved from: https://theconversation.com/automation-wont-destroy-jobs-but-it-will-change-them-55318