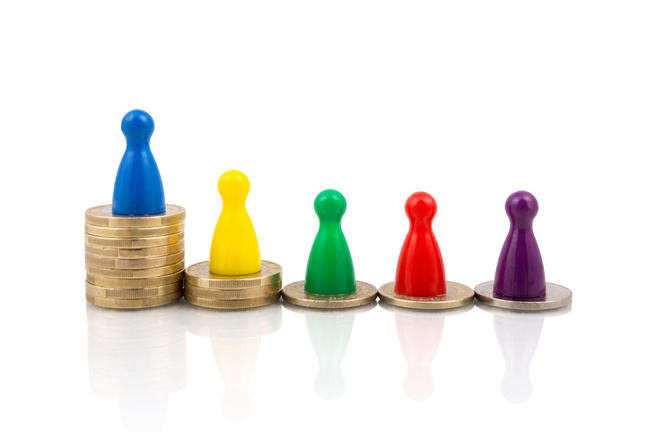 How unequal is economic well-being across society? To answer this, we must look at the distribution of income and wealth.

There are a number of ways we can measure inequality. One is to look at the relative size of the middle class. Is it increasing or decreasing, in relation to the total number of people or households in society?

GINI is pronounced the same way as the mythical “genie” in the bottle and was named after Italian statistician, Corrado Gini, back in 1912.

Let’s see how it works

The GINI coefficient (the measure of income inequality) is represented in the graph below, known as a Lorenz Curve. A Lorenz Curve (named after American economist, Max Lorenz in 1905) is a way of visually representing economic inequality. 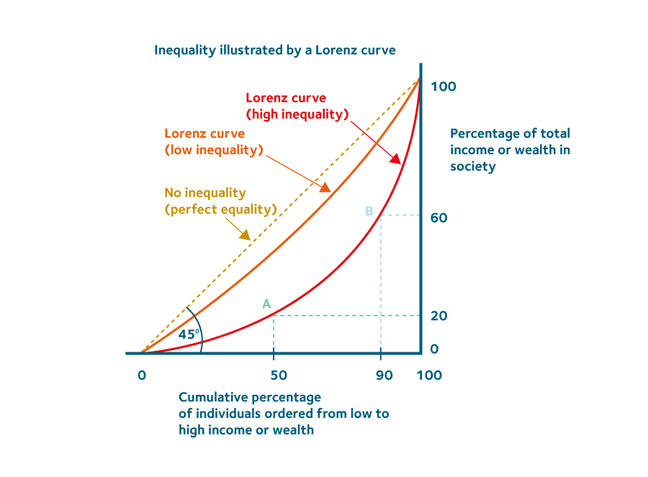 The size of the area between the 45 degree line and each curved line is indicated by the GINI coefficient.

Let’s look at the points on the lower curve, representing higher inequality

The GINI coefficient in recent history

In the decade leading up to the Global Financial Crisis in 2008, inequality, as measured by the GINI coefficient for household income, increased in a number of advanced economies including the U.S., according to the World Bank. Since then, it has tended to decrease somewhat.

This varies across countries and depending on the measure of inequality used. In Australia for example, the GINI coefficient for household income increased from 0.3 in the late 1990s to 0.34 in 2008, but decreased to 0.32 in 2016. Whether an increase from 0.3 to 0.32 over 20 years is regarded as big or small is ultimately a value judgement. What do you think?

Reflect on what you see as the levels of inequality in your geographical region. Do you predict this will improve or deteriorate in the coming years? How do you see inequality impacting on well-being in the future generation?