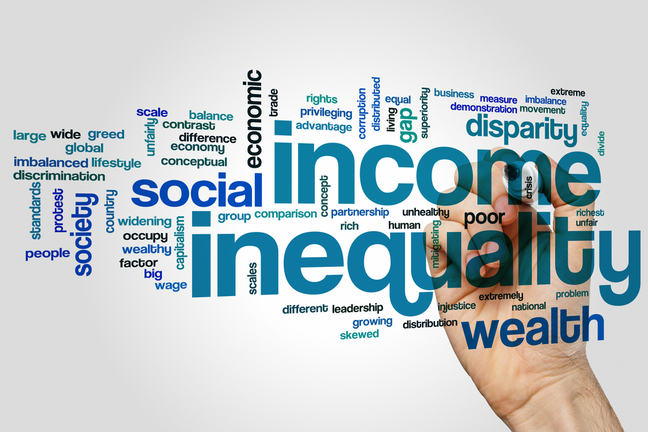 The impact on well-being

As you are already realising, the middle class is being weakened by increasing levels of inequality in many industrial economies.

There are two ways in which inequality affects the well-being of the next generation.

Remember what we discussed earlier: the middle class is the one most likely to drive intellectual improvement and innovation. This means that the prospects for future growth and associated improvement in well-being, all depend on the existence of a large and vibrant middle class. 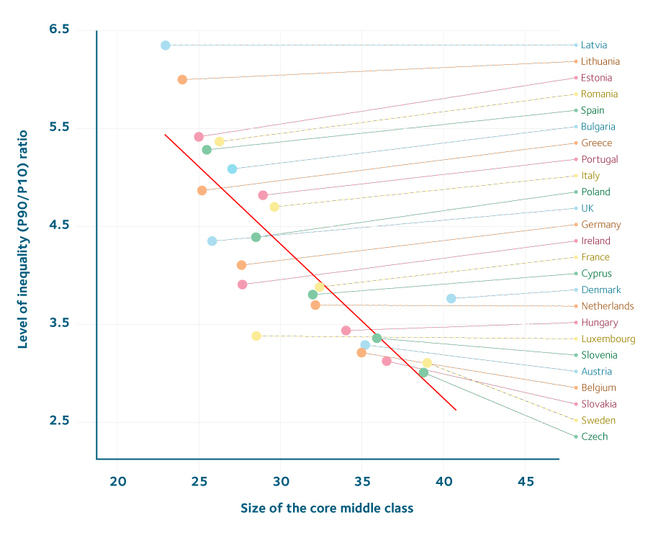 The increase in inequality therefore threatens the well-being of the future generation by shrinking the size of the middle class and hence reducing the pool of entrepreneurial talent required to generate a much needed fourth industrial revolution.

Economic growth is necessary to improve well-being, at least to the extent that well-being is identified with human development, eg better health, better access to education, absence of poverty, etc.

Yet, the extent to which a given rate of economic growth improves indicators of human development varies significantly depending on changes in inequality. More specifically, the human development impact of economic growth is stronger when inequality declines, as opposed to when inequality increases. The table below, taken from Carmignani and Chowdhury (2011)2, provides some evidence of this effect.

The table reports annualised percentage changes in six indicators of human development for a large number of countries. Countries are partitioned in four groups depending on their economic growth rate and change in inequality;

The figure reported for each group is the average rate of change in the relevant human development indicators across all countries in the group. Thus, for instance, in countries where growth is positive and inequality declines (i.e. Group 1), life expectancy (measured in years) increases by 0.43% a year on average. Similarly, in countries where growth is positive but inequality increases (i.e. Group 2), life expectancy increases by “only” 0.16% a year on average.

The table shows a clear ranking:

In fact, countries in Group 4, and to some extent those in Group 3, experience a systematic worsening in their level of human development.

The conclusion is that if the inequality problem is not addressed, then the well-being of the next generation is not guaranteed.

What evidence of inequality do you see in your daily life? Share your thoughts in the comments section below.