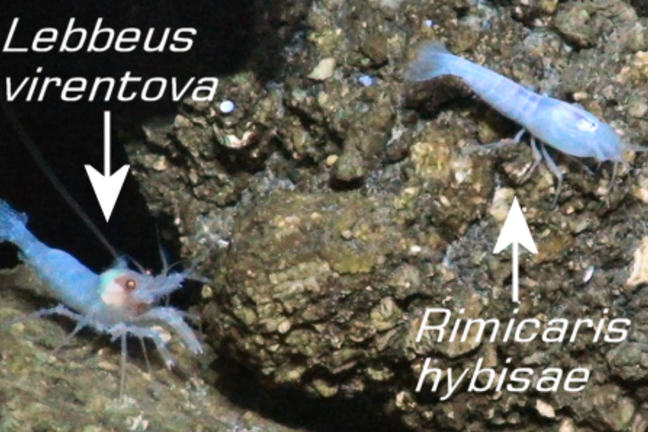 In the previous video, Verity described how we preserve deep-sea specimens during research expeditions to analyse later ashore.

If they turn out to belong to a previously unknown species, biologists then prepare and publish a formal description of that new species, comparing it with the other known species of that kind of animal, and highlighting how the new species is different (and therefore how it can be recognised from other species by other biologists in the future).

This usually involves examining specimens under a microscope and drawing the details of key body parts that can be used to tell species apart. You might be surprised that we still draw specimens - but this is because drawings are usually clearer than photographs, particularly for specimens under the microscope where the depth of focus can be very narrow (a drawing allows us to show all the features present, which could not be shown in a single photograph). Sometimes we also need to use an electron microscope to examine very fine details of body parts.

In addition to examining the “morphology” (form and structure) of specimens, we also usually analyse some of their genetic code, to compare with other species and explore the “genetic family tree” (phylogenetics) of that kind of animal. At the moment, we don’t sequence the entire genetic code of an organism to do this; instead we look at variations in particular portions of genetic code that are shared by all animals - sometimes nicknamed the “barcode of life” - to see how closely they are related to other species of the same kind of animal.

What’s in a name?

So how do we choose a new species name? Species names are derived from Latin and Greek, and traditionally describe a key feature of the species. For example, the scientific name of the spiny cockle, which we find around some southwest UK shores, is Acanthocardia aculeata. The genus name, “Acanthocardia”, derives from a Greek word for “spine” (the “Acantho-“ part) because the shell is spiny, and from the Greek word for “heart” (the “-cardia” part) because the two halves of the shell form a shape like a heart. The species name, “aculeata”, comes from the Latin word for “sting”, because the spines on the shell are sharply pointed. Victorian and earlier naturalists, who named many of the common species found in shallow water, were educated in Latin and Greek and simply described what they saw to name species.

You can also use a species name to indicate the geographical location where the species is found: for example Vulcanolepas scotiaensis is a new species of stalked barnacle recently found at deep-sea vents in the Scotia Sea of the Antarctic.

There is a strict rule that those describing a new species cannot name it after themselves, but species names can be used to commemorate other scientists for their work. For example, there is now a whole new family of species of deep-sea seastars (starfish) called the Paulasteridae after one of this week’s contributors, Prof Paul Tyler, for his many contributions to deep-sea biology.

A tale of two shrimps

At the Von Damm Vent Field in the Cayman Trough, which you explored during Week 1, there are two new species of shrimps that Verity has analysed and now formally described (links to the original science papers are provided at the bottom of this page). As examples of how new species are described, follow the links below to read their formal descriptions, which include drawings of morphological features and “genetic family trees”. Can you also find out why these new shrimps were given the species names “hybisae” and “virentova”?