This content is taken from the University of York's online course, Exploring Stone Age Archaeology: The Mysteries of Star Carr. Join the course to learn more.
View course
3.7 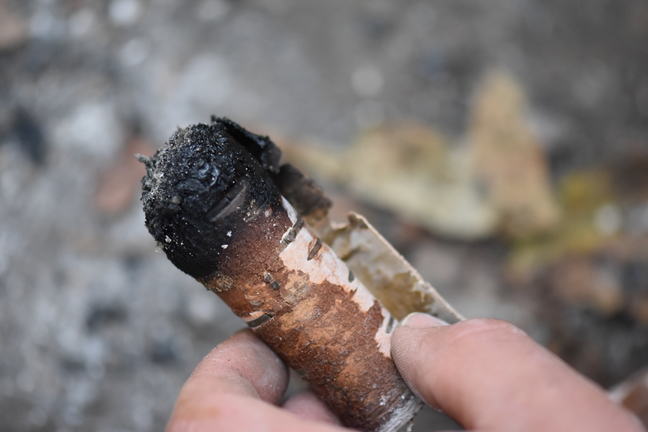 As we have learnt, birch was dominant in the landscape. Birch bark can usually be removed from birch trees in large strips (though you have to be careful not to damage the tree) and this bark can then be used for a variety of things including making containers and tar which can be used as an adhesive.

Although the birch bark that was found at Star Carr was very fragile, we did make a number of interesting discoveries including a possible mat composed of layers of birch bark, a possible container, and two torches. In addition, many birch barks rolls have been found over the years. These are pieces of birch bark that are tightly rolled and in some cases are charred.

The birch bark rolls have always been a bit of a mystery in terms of what they were used for. The suggestions range from torches, firelighters, floats for fishing nets and tapers for lighting fires. Some people suggest that the rolls are natural and have just fallen from trees.

Our experimental work and analysis of the artefacts shows that they have not fallen from the trees naturally. Several pieces of bark have clearly been cut. Many show evidence of burning and some have been used as torches.

Another possibility is that they were used for making tar, which was then used to glue microliths into shafts in order to make arrows. We did not find any tar on our excavations but a number of “resin cakes” and a microlith with a lump of tar on it, were found during Clark’s excavations so we know it was being made or brought here. The experimental work has shown that making tar is very difficult without containers (like pottery which was not available in this part of the world at this time). However, it might have been possible to create tar by places the ends of the birch bark rolls into the hot embers of a fire. Andy Langley is currently experimenting further to try and extract tar from birch bark.

What do you think the birch bark rolls were used for?