PLEASE NOTE: This course was retired on 19 Apr 2018. This means it is no longer being updated or maintained, so information within the course may no longer be accurate. FutureLearn accepts no liability for any loss or damage arising as a result of use or reliance on this information. 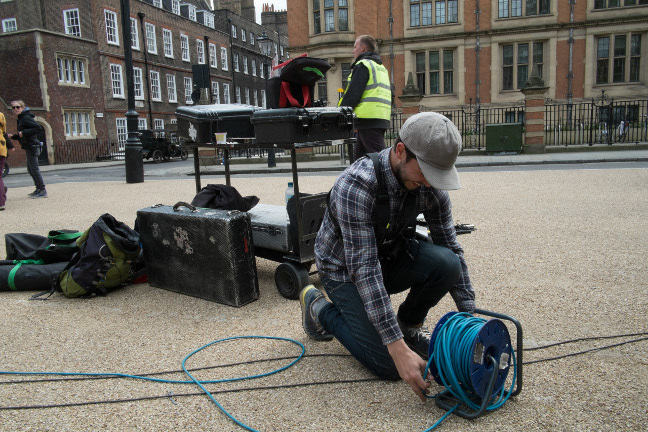 Film budgets and the types of production

The amounts of money spent on film productions range incredibly. Below is information on the different levels of production and the cost/budgets involved.

No Budget productions are often listed as shorts and include many films made by student filmmakers whilst on university courses and shortly after leaving training courses to showcase their talent. Crews can range from one to ten people with a budget of nil to a maximum of £50,000.

Low Budget productions are films which have to be made with a small budget, as they may not attract a very commercial distribution and Producers can only fund them if they are at a low budget level. Budgets probably fall in the range of £100,000 up to a couple of million pounds. Crew may not be paid full union rates and these may be construed as non-union shoots, offering profit share with everyone getting the same minimum wage or tiered in three levels for example:

Low Budget features are good for getting experience and some credits but should not be considered as a major step into the industry, unless the project is a properly registered low budget film which will be around £1,000,000 to £3,000,000.

Medium Budget productions cover a very wide range of productions, from around £5,000,000 to around £30,000,000, or perhaps even more. These are likely to be British/European independent features and are often referred to as indie pictures.

Studio & High Budget productions are the Harry Potters, 007, Pirates of the Carribean, Mad Max, etc. with budgets from £50,000,000 upwards and most often backed by a major studio.

The range of costs involved in productions are vast. Does the amount of money in high-budget pictures surprise you? How much do you think it would cost you to make your first short film? Check out your favourite film, what budget bracket does it fit into? Does that cost suprise you?

Film Production: Behind the Scenes of Feature Filmmaking

The seven stages of film production

Shooting a film: What happens in one day?

In focus: The role of the Production Co-ordinators and Production Runners