This content is taken from the EIT Food, University of Reading & European Institute of Innovation and Technology (EIT)'s online course, Food and Nutrition: The Truth Behind Food Headlines. Join the course to learn more.
View course
1.12 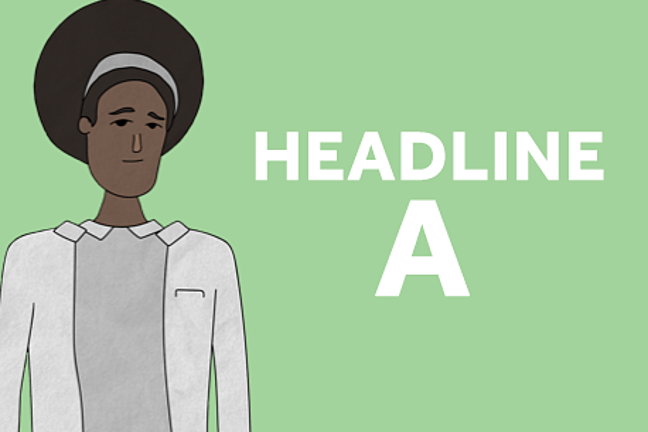 The science behind Headline A

Now that we’ve looked at the ways study design affects how to interpret results and considered some examples of cases where results have been inaccurately reported by the media, let’s look back at Headline A (Step 1.7), analyse the original science and draw some of our own conclusions.

The researchers split the food and drinks into four categories according to the level of processing using the NOVA classification system. The highest level, ‘ultra-processed’ items include mass-produced breads and cakes, snacks and sweets, fizzy drinks, ready meals and reconstituted meat products.

The Educator team have provided their analysis below. If you would like to read the study for yourself, you can find a link to the study in the ‘See also’ section at the end of the article.

The observational nature of the study means we cannot prove cause and effect. The number and variety of foods considered ‘ultra-processed’ means it is hard to pin down which element or elements could be responsible for the increased cancer risk. It could be anything from sugar, additives or packaging. It is also possible that higher ultra-processed food consumption is actually indicative of other unhealthy lifestyle choices which were not adequately taken into account over time.

The participants may not be representative of the general population. The average age was 43 at the start of the study, and 78% of participants were women. The low number of male and older participants may have contributed to why the risk of prostate or colorectal cancer was not increased. This cohort had an annual incidence of 786 cancers per 100,000 person-years which is below the French national average of 972. A variety of factors could account for this difference, including selection bias - a younger cohort who are more likely to engage with online studies and people who may be more health conscious.

Food frequency and health status questionnaires can be inaccurate due to recall bias and under or over estimates of consumption. Yearly self-assessment of body mass index, physical exercise and alcohol consumption may not be truly reflective. Lifestyle and diet fluctuate. Though researchers aimed for people to fill in food diaries on different days of the week or weekends over the course of the study period, these were still just 24-hour snapshots.

Only some cancer risk factors were taken into account. The study showed that for every 10% increase in the proportion of ultra-processed foods in the diet, the risk of any cancer increased by 12%. The risk of breast cancer was also increased by 11%, likely due to post-menopausal cancer. There was no increase in risk of colorectal or prostate cancer.

‘Processed foods’ such as canned vegetables with added salt or sugar, meat preserved by salting, cheeses and freshly-made, unpackaged bread and the next level down, ‘processed culinary ingredients’ were not associated with risk of cancer. ‘Minimally or unprocessed foods’ were associated with a lower risk of cancer. For every 10% increase in dietary proportion, there was a 9% reduction in overall cancer risk.

We do not have a breakdown of the number of other types of cancer. We also do not know whether unrecorded risk factors had a role such as sun exposure, environmental carcinogens, radiation and infections including human papilloma virus, hepatitis B and C and Epstein Barr virus.

Most media reports highlighted the point that we don’t know the cause of this increased risk with ultra-processed food, including expert comments about the likely role of confounding factors such as lifestyle. However, the suggestion from The Times that it is because of the foods combining together is pure speculation. Also, only figures from the highest quartile ultra-processed food consumption group were shown in order to give the most dramatic results.

In the next Step, it’s your turn to explore a scientific study.