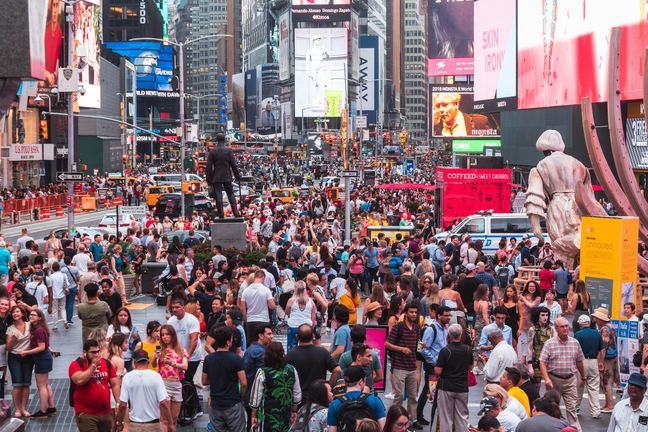 How do we produce enough food for a growing population?

In a world with a growing population and changing climate, producing enough food in a sustainable way is one of our most pressing challenges. What’s the current state of play in plant-based food production? Which methods are being used to improve crops, and which are no longer viable?

In developed countries consumers benefit from an advanced food production system which makes food widely available, affordable and nutritious. The benefits go beyond just feeding people. Good nutrition improves our quality of life. When we are well-fed we can focus our energy on work, education, economic development and culture.

But the food production system is under pressure. By 2050, the world’s population is projected to reach 9.8 billion. In the See Also section below you’ll find a link to the Worldometer population counter, which shows in real-time how quickly the population is growing.

Global wealth is also increasing, fueled by the growth of developing countries. Population growth is expected to level off at around 10.9 billion people by 2100, as people in developing countries reach higher socioeconomic status and have fewer children. Based on developed countries’ food consumption now it would be possible to feed all these people, but at the same time many live in poverty and do not have enough to eat.

It’s therefore important to improve food production systems in countries where agriculture is less developed, to ensure everyone around the world is well-fed.

Natural resources and the environment

But the amount of natural resources available on our planet, such as water and land, is fixed. Many people are concerned about the environmental impact of agriculture. For example, forests are cut down to make way for agricultural land, which destroys ecosystems, reduces biodiversity, and increases greenhouse gases and global warming.

The benefits of agriculture are clear, but so are the challenges. How do we increase food production while also reducing our impact on the environment? How can we feed more people with less land, so we can free up more space for nature and wildlife?

Science and technology to the rescue

Currently, farmers use a number of techniques to increase the yield and quality of their crops without the need for extra land. These include adding nutrients to soil where they are lacking and using herbicides and pesticides to combat weeds and pests that destroy crops. But how many of these techniques are sustainable in the long term? For example, herbicides are becoming less effective as weeds develop resistance to them.

This is where science and technology come into play. We need to come up with new scientific and technological solutions to replace unsustainable methods of food production. The good news is that there’s a lot of exciting research and innovation in this area.

Another challenge facing food production is consumer trust. Many people worry about where their food comes from, whether it’s sustainably produced, and how it’s been modified. Some consumers might be concerned about the use of herbicides and pesticides on vegetables. Can science and technology provide us with alternatives? Others might be mistrusting of food that’s undergone processing. Is food processing always a bad thing, or can it also make food more nutritious?

These are just some of the issues we’ll be exploring over the next three weeks as we journey through the different stages of food production.