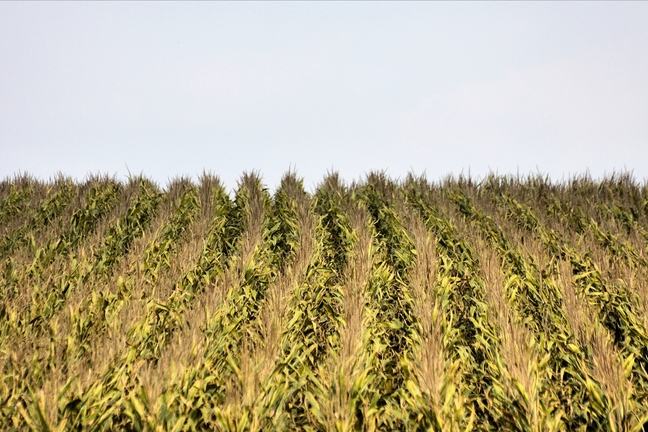 Interventions in systems can have other unseen consequences which may have dramatic effects in one sector or throughout the system and its interconnected parts. This means national policies can have impacts at the regional, and even global levels. We have seen, in the crisis of 2007-08, how protectionist actions in one country can cause a regional food crisis. Below is an example of national policies targeted at the energy sector, namely biofuel production in the United States. The national and international consequences of such policies on land use, food and food security are illustrated.

Corn (maize) is the top crop grown in the U.S., covering about 30% of cropland and generating about 35% of total crop profits. In the Midwest and the Northern Great Plains, farmers have moved away in the past 15 years from rotational, multi-crop systems to corn monocultures, and they have widely adopted genetically modified (Bt) corn, with economic and environmental implications.

Those shifts were not accidental. This article shows how recent shifts in U.S. agriculture and energy policies provided the opportunity and the motivation for a rapid shift towards corn monocultures. The Federal Agriculture Improvement and Reform Act of 1996 (known as the Freedom to Farm Act) enabled the shift by removing the linkage between crop prices and farm income support and by removing acreage restrictions from crop decisions. Biofuel policies adopted in the early 2000s, meanwhile, provided an economic incentive to grow corn for ethanol.

As ethanol demand drove up corn’s price relative to other crops, farmers responded by converting more grassland, pasture, and wetlands to row crop production. Federal programmes reduced the financial risk associated with land conversion. Farmers also widely adopted Bt seed, and by 2014, an average of 80% of corn acreage in the Corn Belt was Bt. Statistical analyses using 14 years’ worth of data confirm these causal linkages.

Overall, while the vast majority of U.S. corn used to go to animal feed, now a similar or larger amount goes to ethanol (the rest is for human consumption). Ethanol expansion has fuelled price volatility in the grain markets, and has also been linked to a US$800 billion increase in agricultural land prices.

The growth in corn monocultures has had ecological consequences as well, simplifying the landscape, reducing biodiversity, and increasing pollution, particularly from fertilizer and pesticide runoff. There is also evidence of a decrease in soil carbon stocks. And when land-clearing is considered, the greenhouse gas emissions associated with corn ethanol may often be greater than for oil products.

A “food vs. fuel” debate has been emerging, especially since the 2007-08 food crisis in which higher petroleum prices impacted the cost of food production and delivery. As stated above, there was an increase in the demand for cheaper biofuels, namely ethanol. In order to meet these demands, large amounts of existing farmland had to be transformed.

These policy changes in the United States had global food systems consequences. In this 2012 article for Al Jazeera, Tim Wise, of the Global Development and Environment Institute at Tufts University, discusses how the growth of ethanol and biofuels is changing food prices and therefore food security in many areas of the world. In particular, he writes about how they contributed to price spikes and a food crisis in 2011 and 2012.

Biofuel industries have recently expanded in some Asian countries, for example, in China, Indonesia and Thailand. While it may be argued that biofuels help to meet energy security needs, the sustainability of biofuel has come under scrutiny due to its tendency to displace food crops that are essential for food security.