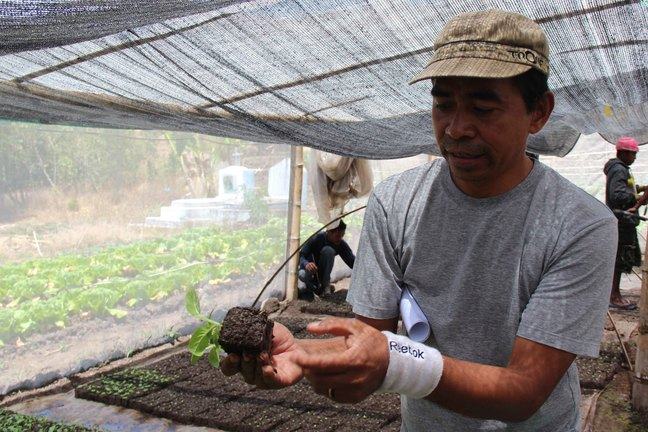 Before we begin discussing governance and actors in Southeast Asia, this article provides some background on changing food systems governance trends across the world over the past several decades, and the rise of non-state actors including the growing role of international supermarket chains. You can remind yourself of the different food system actors by referring back to the article Food system actors from Week 1.

Governance can be defined as a system of rules, authority and institutions that coordinate, manage or steer society. It includes government, but also markets, traditions and networks, and non-state actors such as businesses and civil society. The governance of food systems has changed dramatically over the last 50–60 years due to the liberalization of agricultural and financial markets that started in the 1980s. The food chain has been transformed and consolidated, and the state’s role has diminished.

This is not how things used to be. In the first decades after World War II, for example, the U.S. and Western Europe set out to boost agricultural commodity production through a combination of domestic subsidies and tariffs to keep out cheap imports. In communist countries, food production was state-run. And in several Asian countries, the Green Revolution, a systematic effort to increase cereal productivity through science and technology, with international funding, transformed agriculture.

As productivity in developed countries rose rapidly, large surpluses of subsidized commodities depressed world prices in the 1970s and 1980s. Distortions to global markets, trade disputes, and the growing cost of subsidies led to a push to liberalize agriculture, with the General Agreement on Tariffs and Trade/World Trade Organization (GATT/WTO) serving as the international forum to discuss and agree on agricultural trade-related issues. At the same time, deregulation of financial markets enabled increased foreign direct investment (FDI) by increasingly large, consolidated corporations at multiple levels in the food supply chain. In developing countries, this was facilitated by privatization.

Over the last decades, governments’ focus has shifted from managing production levels to setting standards for food safety; animal, plant and human health; sustainability; and social and labour standards. Private standards have emerged as well: some focused only on raw materials, others also on processing and manufacturing. This includes certification of organic products, Fairtrade, and many other voluntary standards that have become important drivers of change in the global food supply chain.

Food supply systems are increasingly driven by consumer preferences, which are heavily influenced by food marketing and media and fuelled by income increases and urbanization. There is growing demand for processed and differentiated products. At the same time, the cost of meeting government standards, combined with new technologies, has favoured consolidation all along the food chain. Firms have also sought a competitive advantage by applying governance mechanisms of their own, such as contracts and standards (to steer suppliers toward meeting the quality demanded by the market). The effect has been a greater weight of the downstream segments in the food supply chain’s power balance.

In the U.S. and Western Europe, the input and processing segments of the food supply chain have been rapidly consolidating, mainly for cost efficiency, and the same has happened in food retail. Global food retail sales are about US$7 trillion annually, with supermarkets/hypermarkets accounting for the largest share. Most of the leading global retailers are U.S. and European firms; the top 15 global supermarket companies account for more than 30% of world supermarket sales. With improved technologies and economies of scale, these companies have significant advantages over smaller retailers, and they also enjoy considerable bargaining power relative to product suppliers. The table provides an overview of the rate of concentration in the food supply chain, emphasizing the strong position of a small number of companies in the input, processing and retail segments, while the farm sector remains fragmented.

Concentration in the Food Supply Chain - A Global Perspective (UNEP, 2016).

For food producers, the “supermarketization” of the food supply chain has significant implications. A few large companies increasingly dominate the market, setting prices and various requirements. Suppliers have less and less bargaining power, and they need to minimize costs while also making investments to comply with the conditions set by the buyer.

For food producers at the bottom of the chain, this has led to lower incomes and less ability to invest for the future. It has also created pressure to increase the scale and intensity of production, to maximize labour and land productivity. This means using more fertilizers, more productive seeds, plant protection products, antibiotics and genetics, and/or increasing the number of animals per hectare, with increasing environmental impacts. This is especially true where inputs are cheap or subsidized.